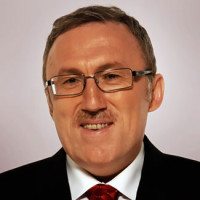 The energy-water-food nexus is the term used to describe the interdependencies, and sometimes competing demands, between water usage and the production of energy and food – an issue that triggers economic and social challenges among numerous stakeholders.   The pressing nature of water security and the impact it could have on other industries has been highlighted by the United Nations which has projected that there could be a 40% shortfall of water availability globally by 2030. By Hasat Murat Mercan, World Energy Congress.

The World Energy Council (which organises the World Energy Congress that will take place in Istanbul from 9th to 13th October) has recently published a report on the nexus which looks at how technology can make energy infrastructure more resilient and able to handle the strain which water shortages might place on it.  This report looks at a number of issues which can impact the nexus, how water stress varies by geographic location and the implications for the energy sector.

Energy-water-food, like with many other issues facing the sector will need international co-operation to successfully tackle.  The World Energy Congress, as the premier event which brings together all parts of the energy industry will see a number of discussions and deals made which will ensure that sufficiently resilient infrastructure is in place to manage the nexus.

The energy-water-food nexus poses a risk as systemic as extreme weather yet the disruptions from the nexus can impact the stability of energy supply and demand for years or decades. To mitigate resource constraints, it will be necessary to further reduce the amount of water needed for energy production.

Early analysis indicates that the overall water footprint of the energy sector could be lowered if more power or heat were produced by renewables such as wind, photovoltaics, or natural gas, as they show comparatively low water usage.

Technical changes to existing infrastructures can also help to mitigate nexus risks. Case studies highlighted the utility of decoupling cooling systems from freshwater resources by using salt water or dry cooling, developing better use of wastewater, and integrating renewables in desalination and irrigation. Still, defining which technology is the best available solution requires using methodologies on a case-by-case basis, which take into account the unique geographical and social sensitivities of a given region.

Methodologies that integrate water availability into design must also balance concerns regarding energy security, affordability and environmental sustainability. Some of the technologies highlighted as part of the low-carbon transition, such as biofuels or carbon capture and storage, which nearly doubles the water requirements of a coal power plant, may in fact increase water stress.

To make energy infrastructure more resilient, policymakers, businesses and governments must carefully analyse the conditions needed to ensure investor and public confidence in projects. It is essential that a programme of education takes place to ensure that developers and governments alike understand why and how the nexus should be addresses.  From this platform, a strong strategy can be put in place to ensure that the nexus is managed with the confidence of investors, government and consumers.  From the awareness raising perspective, World Energy Congress will play an important with special sessions dedicated to address this nexus this October.