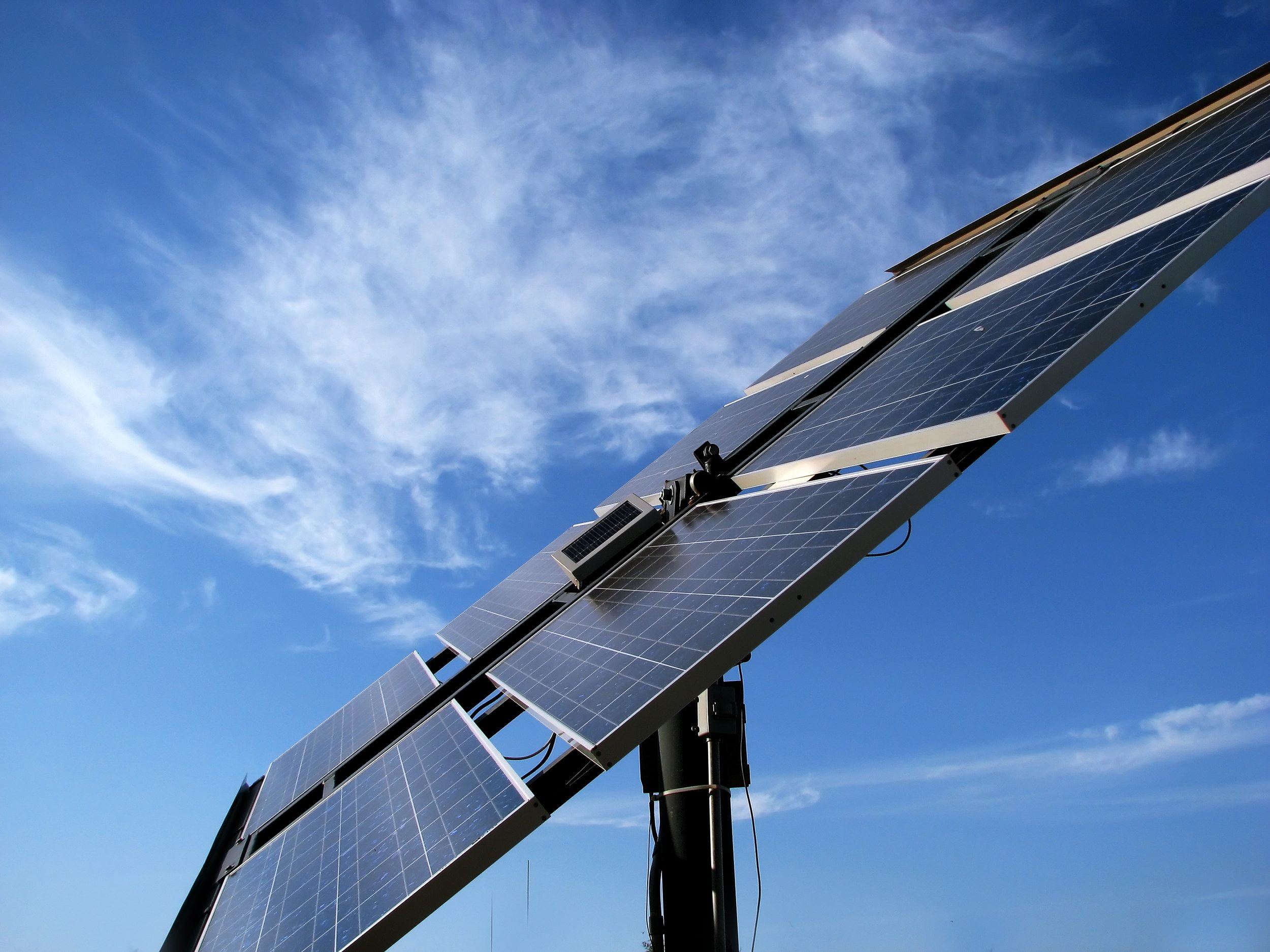 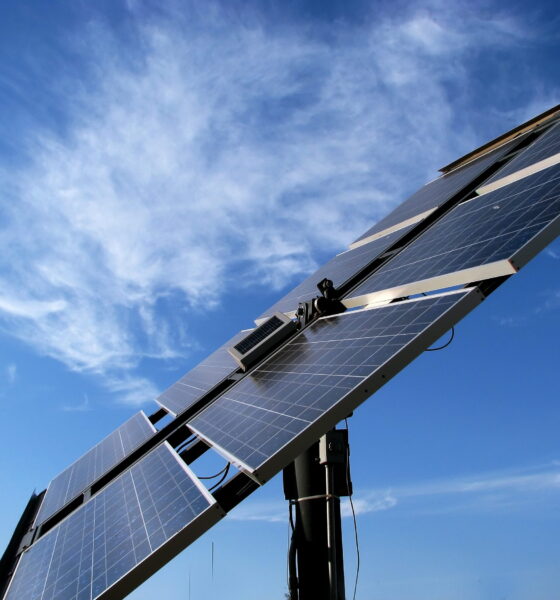 One particular clean energy fund delivered returns unsurpassed by not just the sustainable investment space last year, but the entire UK fund world. In the 12 months to the end of December, Guinness Alternative Energy returned 67.62%, reaching highs of over 100% at certain points.

Launched in March 2006, the fund invests in those companies where 50% of their business is in the renewable energy sector. At its peak before the financial crisis of 2008, the fund – which is split between a US mutual fund and a UK global equity fund – was worth $150m. It now manages assets of $42m, but has witnessed remarkable performance in the past year.

But what has driven this and is the future outlook equally bright? Alex Blackburne sat down with fund manager Edward Guinness to find out.

To what do you attribute the Guinness Alternative Energy fund’s impressive performance over the last year or so?

If I look directly at what stocks drove it, one key area for us has been solar. Our wind turbine manufacturing stocks – we’ve owned Vestas, Nordex and Gamesa over the period – have also performed very strongly.

Conceptually, this fund done better than all of the other funds over the last year because it’s the only fund that has stayed pure-play invested in alternative energy. When I look at my peers, their portfolios are invested quite broadly in natural gas companies or companies like GE or Siemens, which have very strong wind turbine manufacturing divisions, but in the context of the overall companies, they are small bits of the business. By staying really focused on alternative energy, as the market has begun to turn a corner, we have been prime beneficiaries of that.

If you look at three or five years, Guinness Alternative Energy has not done as well as it has in the last 12 months. Has performance improved because of changes you’ve made or because of the market more generally?

When I look back, 2008 to 2012 was a very, very challenging period for the sector, and it’s not completely through it yet. There are still quite significant regulatory headwinds, market headwinds and sentiment headwinds that the sector has to get through. The situation is different from where I was in 2008 in terms of the competitiveness of some of the key alternative energy technologies. Policymakers and the public have not yet recognised how dramatically the price has changed particularly for solar, but also for wind. We feel quite excited about where we now are, but it’s not plain sailing yet.

Are there any plans for future growth?

As it’s a daily trading fund, this is a fund I think can grow a lot. For funds like this that have been through quite a challenging period, it takes time for investors to get their confidence again. The good thing is when they come into this fund, they can see in the track record the risk that they’re taking on. They can also see the upside in a rising market.

In terms of plans to grow it, I think with the companies in the portfolio at the moment, and the opportunity set that I see today, I wouldn’t feel comfortable with more than about $500m in the fund. But the circumstances that are likely to have taken the fund to $500m – if we were to have got there – mean that the universe would probably look quite different. With a sector like this, I wouldn’t want to be pinned down.

Are there any companies you’d pick out as star performers or particular interesting?

Amongst the solar manufacturers, I guess the really strong performers have been the lower cost Chinese manufacturers. We’ve had big wins in Trina Solar and Yingli Solar, which have historically done quite a bit of advertising so people are aware of them.

Companies that people might not have heard of in this space are Jinko Solar, which is the lowest cost manufacturer of polysilicon modules at the moment. Another I’d point to is Sunpower, which has had a very strong run.

Our view is that the two are highly complementary and they send a strong message to investors, hopefully, that we are coming at this from an investment perspective because we think this is an area that can make higher returns – more so than because we’re making a moral or ethical call on the investing side.

The strategy itself fits very well into sustainable and responsible investment (SRI) and environmental, social and governance (ESG) portfolios, but it is pure-play. With positive screening, in some ways you don’t have to worry too much about SRI and ESG, because it fits that naturally.

I read engineering at Cambridge and then left to go to HSBC to become a corporate financier, where I worked on the energy and utilities team. Before coming back here, I then went to New York to work for a hedge fund and did three years of risk arbitrage, which gave me an accelerated grounding in modern fund management approaches.

I’ve found that my engineering background is invaluable – partly because you can understand how solar panels or wind turbines work. Neither are that complicated, but the physics are quite interesting. Actually understanding what is going on is important for understanding what the costs and risks are. But also, when you go around and visit factories and you’re seeing companies, they’re used to seeing investors who don’t really understand what they do. So if you’re able to ask some reasonably intelligent questions, it’s much easier to connect and you get much more out of conversations with management.

Does the high-profile politicking of renewable energy worry you as an investor?

I think that the quality of debate and policy discussion in the energy sector, particularly in the UK, is woeful. There is little honesty and analysis of the issues done, and if we’re not careful, this is going to create huge problems in the UK.

As an energy specialist, I find what Ed Miliband did, saying he would fix things by freezing prices by 2015, horrific – especially considering he was once head of the Department of Energy and Climate Change when Labour had been in power. It was a meaningless statement without much more context. It was low politics.

The Tories have responded far too hastily. The response they’ve got for, which has been to move the costs from energy consumers onto the general taxation bill, is not logical. The areas that they’re looking at cutting most – energy efficiency – are actually the biggest wins with the fastest paybacks.

It definitely is a worry, but luckily, I think that energy is bigger than politics.

What do you see of the future of renewable energy investment broadly and the Guinness Alternative Energy fund specifically?

One of the two things that I’m going to highlight is solar. People are waking up to the fact that solar is cost effective on an unsubsidised basis and they can do solar installations while getting their electricity cheaper than they would otherwise.

The second thing that I only have one investment in at the moment, but I do think is going to change quite dramatically, is electric vehicles. At some point in the next 15 years, electric vehicles will be the majority of vehicles being sold, rather than a tiny minority. That’s because it’s the one technology that has a distribution infrastructure – actually better than petrol vehicles do, because people can charge at home or at their office. If you deal with the cost issue, it then falls into the executive car mass.

A simple chart that proves sustainable investment pays off