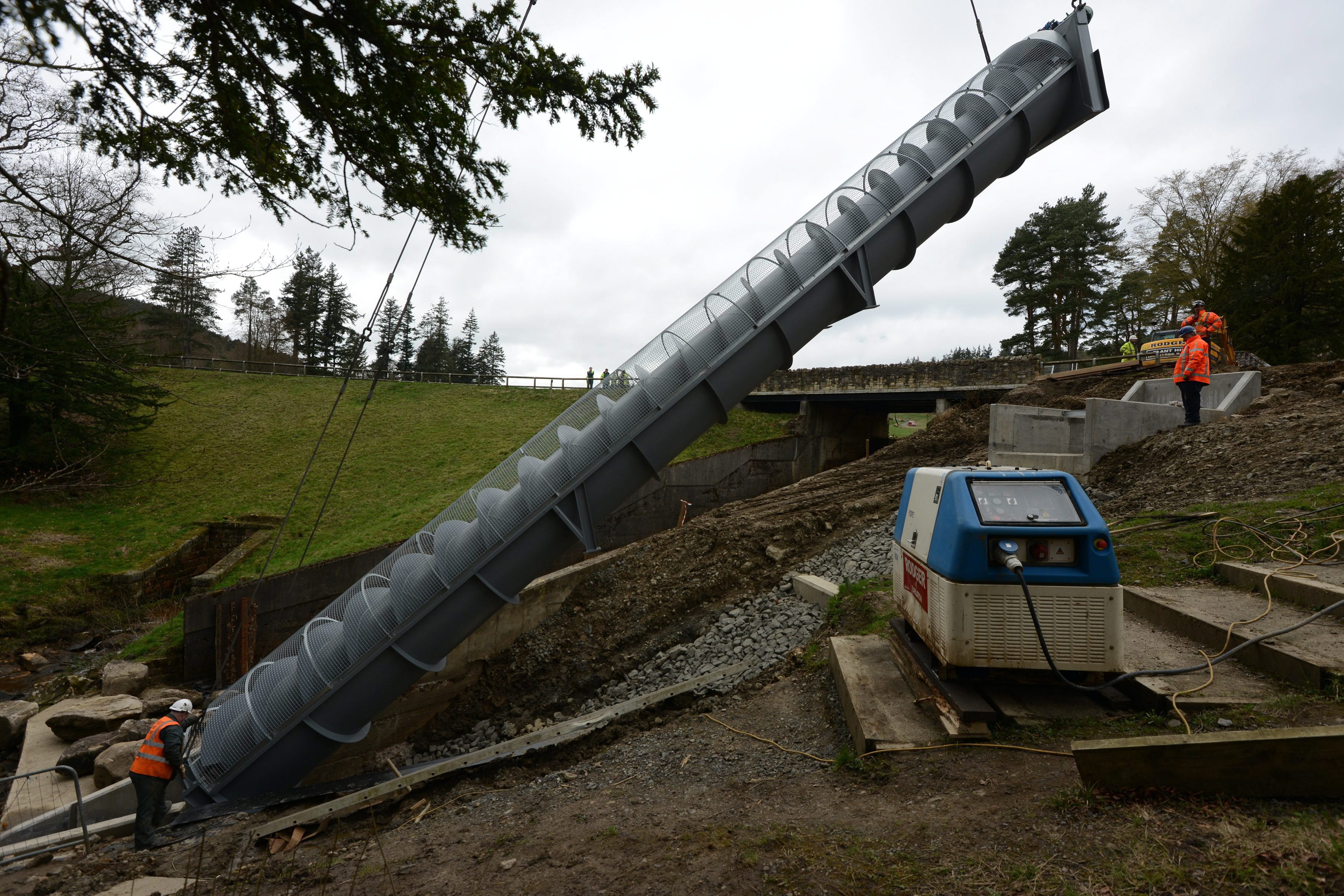 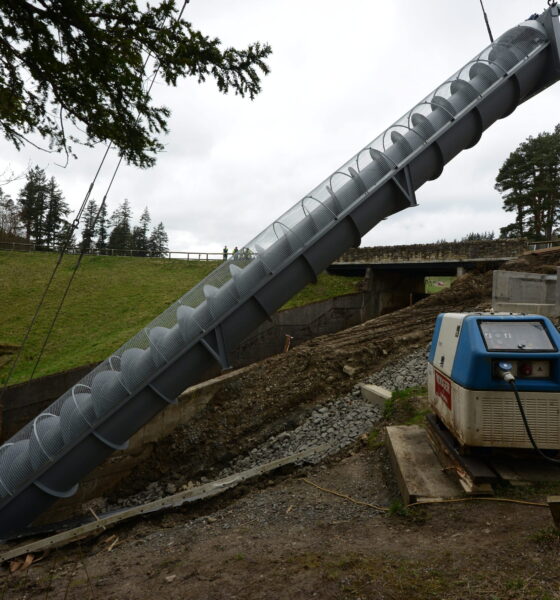 Actor Robson Green launched the return of hydropower at the large country house, Cragside, on Tuesday. The green energy installation moves forward with the National Trust goal of generating half its energy from renewables by 2020.

The Victorian house, nestled in the countryside of Northumberland, was the first house in the world to be lit by hydroelectricity by Lord Armstrong in 1878.

Lord Armstrong used electricity generated from lakes on the estate through a turbine to power arc lamps – the National Trust has now bought a modern hydro system to the house.

The modern hydro system consists of a 17-metre Archimedes screw. This is an old system to generate electricity and involves lifting water up an incline or, more recently letting water drop through the screw.

The galvanised turbine weighs several tonnes and will produce 12 kilowatts (KW) of electricity per year, around 10% of its electricity, or the equivalent of enough energy to light 350 light bulbs in the house.

Andrew Sawyer, property curator at Cragside said, “It is a very visual demonstration of the way hydro power works, an almost sculptural sight in the landscape.

“Lord Armstrong was an exceptional man with an ingenious mind and the prospect of bringing his vision for Cragside into the 21st century is a dream come true.

Sarah Pemberton, head of conservation for Yorkshire and the North East at the National Trust added, “The hydro-turbine is a great example of the innovative methods we are using to achieve the highest possible standards of sustainability.

“The technology is easy to maintain due to the simple mechanics, and because it works at low speed, it’s possible for fish to pass through the turbine unharmed. The best thing about the screw is that it’s visible and we hope this will add to people’s understanding of why Cragside is so special. Visitors will be able to view the technology from the lake side.”

Hydropower is the most widely used source of renewable electricity in the world as it is cheap to generate power, making it very cost-effective.

The UK recently received a boost in hydropower as the Crown Estate announced five new tidal and wave development zones earlier this month.