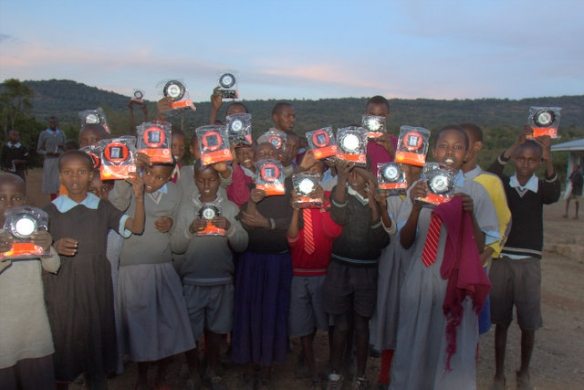 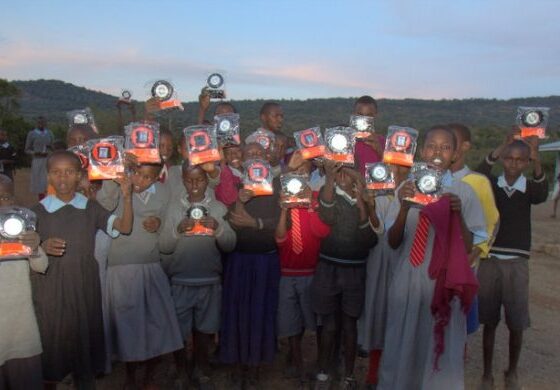 SolarAid aims to eradicate the kerosene lamp from Africa by the end of the decade and provide clean, safe, affordable lighting through portable solar lamps. The organisation moved a step closer to its goal when it sold its millionth lamp, benefitting six million people and saving families an estimated $235,000 (£141,000) everyday.

The charity’s trading arm SunnyMoney has seen rapid growth in the last four years. It has gone from selling less than 1,000 solar lights per month in 2010 to an average of 50,000 each month this year. In March, the charity announced it has seen a 600% increase in products sold, when compared to the previous year.

The growing demand reflects the “huge need for affordable, accessible and trusted energy solutions for the 110 million households in Africa currently living without power,” the organisation said. Currently African families can use up to 25% of their income on polluting kerosene to light their home, as a result solar powered alternatives are becoming a popular investment for families.

Steve Andrews, CEO of the charity, said the organisation’s community-based approach has been key to driving growth and building a sustainable market solution.

“In the last year, we have worked closely with teachers who act as solar advocates to raise awareness, instil trust and create channels for solar lights to be purchased in rural villages. Once people see a neighbour’s light shining bright, demand grows. We then engage with local agents to stock and sell solar products,” he explained.

Looking ahead, SunnyMoney aims to sell another million lights over the coming year. SolarAid’s chairman Jeremy Leggett hopes the charity’s success will encourage other companies to support and set up other social enterprises.

He commented, “When I founded Solarcentury, and we pledged 5% of our annual profits to set up and then help fund SolarAid, I did so in the hope that other companies would copy such a model.

“Now SolarAid and SunnyMoney have reached this milestone of one million solar lights, company founders can see how powerful this kind of business-based aid can be. I hope they will be inspired to copy us. The world would be a much better place if they did, in numbers.”