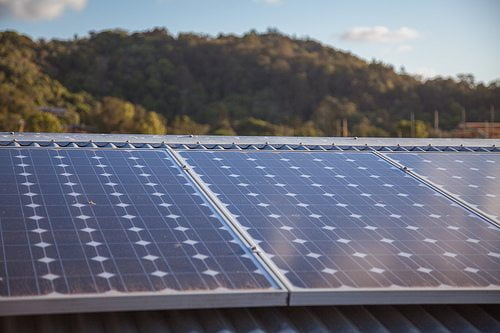 Parliamentarians of all parties, in both the Lords and the Commons, are objecting to the government’s treatment of solar power.  Labour has tabled an amendment to the Finance Bill which would prevent a damaging potential VAT rise on domestic solar systems in future, which will be voted on next Tuesday. The Solar Trade Association was braced for a 20% hike in VAT on domestic solar in the budget yesterday, but, while the budget was silent on the issue, the STA has been advised the decision has been postponed and could happen at any time before Autumn.

The FT Political Correspondent has tweeted that up to 50 Tory MPs are set to rebel in support of preventing the solar VAT hike. The STA has urged the Chancellor to stand up to the European Commission and not to go ahead with tax hikes that would see households installing solar power taxed at 20%, while fossil fuels remained at 5%. This outcome would be perverse given EU and UK commitments on climate change and ending fossil subsidies.

Last night Members of the House of Lords won a vote against the Government’s Renewables Obligation Closure Order, which closes key support for solar up to 5MW in size from next month. The vote on a motion tabled by Baroness Featherstone has no legal power, but the vote sends a clear signal of unhappiness from the Lords with Government policy, applying pressure on Government to reconsider their actions.

STA Chief Executive Paul Barwell said; “Parliament is right to recognise a serious problem with the Government’s treatment of solar power, which had been the major clean energy success story of the last Parliament. Of course we understand there needs to be good cost control, and we are very happy to work with Government to achieve that. But Government has gone to extremes; slashing support under the Feed in Tariff by 64% for rooftop solar and removing all support for larger projects from this April, leaving much of the industry in limbo.

There is now huge consensus across the energy industry, both at home and internationally, that solar sits at the heart of a modern power system – it makes no sense to limit the UK stake in a powerful technology that even Shell believes will form the backbone of the world’s future power supply.”

The Government’s closure of the Renewables Obligation in April would leave all solar in the UK over 1MW in size with no viable support. The Solar Trade Association has calculated that the Government will be spending just 1% of all support  for low-carbon power (under the Levy Control Framework) over the next three years on solar via its one remaining support scheme – the Feed-In Tariff. With solar power the cheapest major renewable, alongside onshore wind, the marginalisation of solar has left a previously successful industry facing huge risk and uncertainty while leaving energy bill payers paying for more expensive alternatives.

In the House of Commons last night the opposition has also objected to the closure of the Renewables Obligation Order, which will lead to a vote in the Commons next Wednesday.

The Government claimed in yesterday’s Lord’s debate that the solar industry no longer needs support in the UK, but its own latest cost analysis by ARUP shows solar needs the same support as onshore wind (0.8ROCs). DECC also anticipate up to 18,700 job losses as a result of sharp cuts to the Feed-In Tariff – more than half of estimated previous employment in the industry – again illustrating Government awareness that the cuts will have a damaging impact. No assessment was made of the potential jobs impact of closing the Renewables Obligation for solar entirely.

Barwell said; “We want to work with Government to re-stablish the momentum of solar deployment in the UK. The withdrawal of financial incentives for one of the most cost effective renewables in favour of much more expensive alternatives shows a concerning steer away from market based economics. Derailing this technology now will guarantee higher prices for consumers in the long term and this surely can’t be the objectives of a long term government energy policy. As the Lords said last night, if the government is serious about delivering low carbon power at the lowest cost it needs to get serious about solar power. Parliament is quite right to stand up for this crucial technology in the national interest.”

The government has budgeted only £12m of support for roof-top solar for each of the next three years under the Feed-In Tariffs. A Solar Strategy produced by DECC in 2014 put strong emphasis on larger commercial rooftop solar power in the UK however DECC is anticipating only 60MW of deployment of solar power over 50kW (about the size of a school roof) per annum. This compares with an already week rooftop market last year of nearly 200MW. The domestic rooftop market is currently running at a fifth of levels seen this time last year. The Solar Trade Association had set out a comprehensive plan for getting rooftop solar off support, which would add only a further £1 to household bills by 2019 –investment that would be quickly recovered through increased market competition.