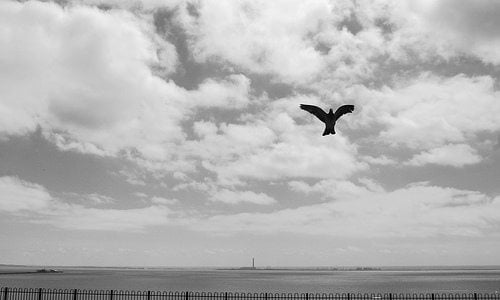 David Powell, economics campaigner at Friends of the Earth, on asking investors awkward questions about the urgency of climate change, in an effort to start doing things differently.

There used to be a massive problem with pigeons in Trafalgar Square. There isn’t really today. Pigeon numbers are way down. The solution?

The moral of the story is this. If you want to deal with something troublesome, sometimes you need to cut off its food supply.

There are fewer more troublesome problems than climate change. Most pressingly, what we actually do about it. In turn, how we can prevent ourselves burning most of the fossil fuels that we know are out there: it’s not easy.

We need to do something about the food supply to the fossil fuel industry: money

The fossil fuel industry is big bucks. It is absurdly profitable. Fossil fuel extraction is a licence to dig up an intensively energy rich, and unfortunately all-too-abundant natural resource, and sell it for vast wodges of cash (this is just one reason why the industry should be taxed to the hilt, and not given generous tax breaks to encourage them to dig more and more).

And it is a cash cow industry for investors. Significant amounts of our pension funds – to take just one investment type – are tied up in coal, oil and gas. This is intensely problematic, for two reasons. First, it means an awful lot of people, industries and big capital have a more or less direct stake in the ongoing health of the fossil fuel industry, creating a massive bloc that stands to lose an awful lot if the world enforces tough carbon caps.

Compelling analysis by Carbon Tracker shows that even for a modest chance of avoiding a 2C temperature rise, we need to leave in the ground 80% of the fossil fuels proved to be in company’s reserves. Never mind prospecting for more, be that from the likes of shale gas or more ‘conventional’ sources.

Second, the flip side is if one day the world does indeed clamp down on the merry burning of climate changing fuels, many ordinary pension holders could stand to lose out big time as the industry’s valuation tumbles.

But this second problem could, I think, also be a critical part of the solution.

How can we get the money out of fossil fuels?

To my mind there are broadly two things we need to focus on.

1. Tough, committed, long-term and authoritative action from governments. This is about international agreements that end up with the adoption of a global carbon budget, as the recent IPCC report proposed, allocated fairly across nations. It is about a throng of domestic leadership sending the right signals on future carbon acceptability to investors, and stamping out global fossil fuel subsidies. Ultimately keeping global temperature rises down will need political leadership. But as we have repeatedly seen, that leadership is not necessarily forthcoming, not least because of the financial power and tendrils of the fossil fuel industry as I mentioned earlier. Which leads to…

2. The ultimate holders of financial capital – us – getting much more active and interested in what the money we put into pension funds and banks does.  The main reason so many pension funds are invested in climate changing industries is that they don’t get enough people telling them not to. We need to cut off the food supply to these bloated, belching companies.

Last week, ShareAction launched their new campaign, Green Light. It is supported by Friends of the Earth and other environmental NGOs, together with unions and faith groups.  The campaign is about mobilising huge numbers of pension fund holders – you and me – to start asking their pension fund exactly what happens to the money we give them. At the moment, most people don’t know. Shocking when you think that that’s the money we depend upon come retirement.

At the Green Light launch, we heard Paul Todd, head of investment policy at Nest, wonder what world their youngest investor (aged 16) would be retiring in to – and what impacts the financial fallout of climate change would have on her pension.

Green Light will get people and funds asking awkward questions, getting the urgency of climate change firmly on the investors’ radars, and demanding that they start doing things differently.

And while the campaign comes from the same place as the important divestment movement headed by Bill McKibben’s 350.org, the campaign will focus not just on getting funds to reduce their investments in oil and gas but also in empowering pension holders and the fund management industry to become an active part of the global clarion call for political leadership that we so urgently need – rather than being complicit in its absence.

I have long maintained that the two most important things an individual can do about climate change is get active politically and think really hard about where they put their money. Financial institutions will, in the final analysis, ultimately have to respond to sufficient pressure to do things differently.

* This train of thought was prompted by the excellent recent edition of Costing the Earth that looked at the relationship between man and urban animals.

David Powell is an economics campaigner at Friends of the Earth.