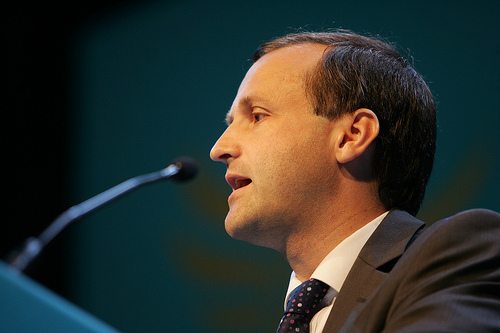 Major pension funds and investors that already see the long-term financial risks associated with investing in high-carbon industries are “ahead of the curve”, according to pensions minister Steve Webb.

Speaking at the launch of ShareAction’s Green Light campaign, he said that many investments could turn out to be “valueless” if the future impacts of climate change play out as expected.

It is thought to be the first time a pensions minister in the UK has spoken publicly about such risks.

“If we as a planet get serious about climate change, if the economics of climate change start to change, then the valuation we’re putting on these firms may prove to have been wrong”, Webb said.

The ShareAction campaign, launched in London on Tuesday, aims to help to help pension funds industry understand and limit their collective exposure to various climate-related risks, ranging from policy through to the physical impacts of climate change that are set to play out in the coming decades.

Webb, who in the Liberal Democrat shadow cabinet was instrumental in changing the then-climate change bill’s 60% 2050 carbon reduction target to 80%, said that investigations such as the review led by the economist John Kay, had helped to bring systemic, long-term issues to the fore.

Many pension fund trustees believe their job is to simply get the biggest pensions for their members, he added, describing this kind of thinking as “too narrow an understanding of fiduciary duty”.

Following the Kay review into long-term decision making, the Law Commission was asked by the Department for Business, Innovation and Skills (BIS) and the Department for Work and Pensions (DWP) to examine how fiduciary duties currently applied to those working in financial markets.

Quoting a response from BIS to the study, Webb said, “We particularly welcome the Law Commission’s provisional conclusion that fiduciaries such as pension scheme trustees may take into account factors relevant to long-term investment performance, including environmental factors and wider systemic considerations, and indeed they should actively consider whether doing so serves the best interests of their beneficiaries.”

Webb added that BIS itself had begun a piece of research in the summer, in which it hopes to put current performance metrics under the microscope to see if they fit with the long-term needs of investors.

Business secretary Vince Cable said at the time, “Prof Kay’s review recommended that investors should get a clear understanding of the long-term value of companies and returns for savers. This research will help them do just that.”

ShareAction has also published a report, a ‘how to’ guide for pension savers, which sets out the steps that pension funds need to take to back a sustainable future. Click here to download it for free.