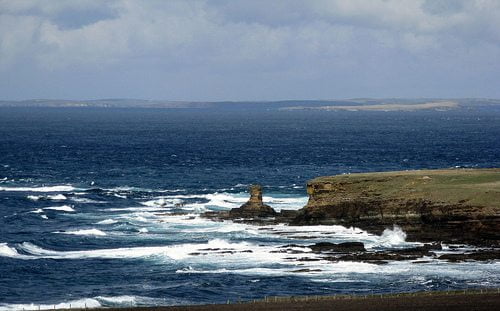 Tidal turbines in the Pentland Firth, which separates the Orkney Islands from mainland Scotland, could provide almost half of Scotland’s electricity needs, a new study has revealed.

The Scottish government approved what would be Europe’s largest tidal project in September, with six demonstration turbines to be installed initially, and construction continuing on a phased basis until 2020.

New research by engineers from Edinburgh and Oxford Universities has found that the project could eventually generate 1.9GW of renewable energy – equivalent to 43% of Scotland’s electricity consumption.

They calculated that as much as 4.2GW could be harnessed, but said that 1.9GW was a more realistic target, as tidal power technology is not 100% efficient.

“The UK enjoys potentially some of the best tidal resources worldwide, and if we exploit them wisely they could make an important contribution to our energy supply,” said Professor Guy Houlsby of the department of engineering science at the University of Oxford, lead author of the study.

“These studies should move us closer towards the successful exploitation of the tides.”

Previous estimates had ranged the potential of the firth from 1GW to 18GW, with first minister Alex Salmond once calling it “the Saudi Arabia of tidal power”.

Professor Alistair Borthwick, of the School of Engineering at the University of Edinburgh, who also worked on the research, explained, “Our research builds on earlier studies by analysing the interactions between turbines and the tides more closely.

“This is a more accurate approach than was used in the early days of tidal stream power assessment, and should be useful in calculating how much power might realistically be recoverable from the Pentland Firth”.

Environmental campaigners have welcomed the findings.

“The sooner we can start to deploy devices in the water the greater the chance Scotland will have at becoming a world leader in developing the technologies to turn tidal power into clean, green electricity,” he said.

The Scottish government has an ambitious target of meeting 100% of the country’s electricity demand with renewable sources by 2020. In 2012, renewables provided 40.3%.