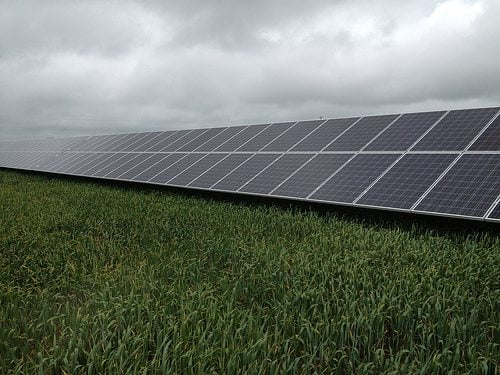 The BRE National Solar Centre and conservation groups have announced new guidelines to make solar farms the ideal habitats and corridors for wildlife – including species that are declining such as bees and bumblebees.

The guidance – aimed at landowners, ecologists and developers – has been unveiled at Kew Gardens on Monday and is supervised by ecologist Dr Guy Parker, with the contribution of various wildlife charities and the Solar Trade Association (STA).

STA CEO Paul Barwell said, “There is huge enthusiasm amongst our membership to turn solar farms into an even greater force for environmental good by providing safe and protected spaces for our vulnerable and declining wildlife and plant species. We very much look forward to seeing partnerships blossom between conservation groups and our members.”

The initiative would like to solve two issues at the same time, the decline of British wildlife and the need for clean energy. The report said that many species could benefit from the light and shade environment provided by solar arrays and highlights examples of ways to make solar farms wildlife-friendly.

These include winter food planting for birds, beetle banks, wild flower meadows and ponds. According to Dr Parker, solar farms can be even better for species like bumblebees and butterflies compared to farmland.

Head of climate change at RSPB Harry Huyton said, “The recent IPCC reports show that unless we change our energy systems, climate change threatens to drive the loss of wildlife here in the UK and globally.

“The RSPB is keen to see all solar developers following this guidance, which will mean sensitively sited solar farms giving a home to farmland birds and wildlife that are in desperate need of a helping hand.”