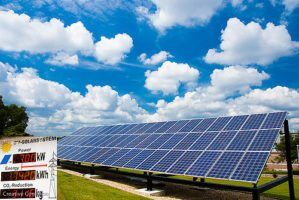 The call by WWF Scotland comes as the group published opinion polling data revealing that 61 per cent of the Scottish public “would like to see a Scotland that generates all of its electricity from our abundant renewable resources”.

The Scottish Government will publish a work programme for the year ahead later this week, and it is widely expected to include plans to develop a new energy strategy for the country.

The opinion polling data is published after a month of “positive progress” on renewables in Scotland:

· During August 2016, wind turbines generated enough power to supply, on average, the electrical needs of 69% of all households in Scotland.

· On 7 August wind turbines produced output equivalent to more that all Scotland’s electricity needs for the day.

· On 30 August it was reported that a world’s first was achieved with electricity generated for the national grid from a tidal power array in Shetland.

“It’s fantastic to see that the majority of the Scottish public support the view that all of our nation’s electricity should be generated from pollution-free renewables. Given the positive progress Scotland has made already, it’s not surprising that the public should think even more should be made of our country’s abundant renewable resources.

Embracing such a vision would ensure that we secure the maximum economic and social benefits that would come from a transition toward a zero-carbon society.

“Independent analysis has shown that our electricity system could be powered almost entirely by renewables within two decades without the need for any gas, coal or nuclear power in Scotland. The analysis also shows that Scotland would maintain security of supply and its position as an electricity-exporting nation.

“The Scottish Government’s forthcoming energy strategy provides the perfect opportunity to set out a bold vision of becoming the EU’s first fully renewable electricity nation by 2030.”

“Last month, for the first time, our data showed that wind turbines generated output equivalent to more that all of Scotland’s electricity needs for a single day. Meanwhile in Shetland, in a world first, electricity flowed to the grid from a tidal power array.

“Whether it’s wind, tidal or solar, Scotland is making positive steps on renewables each and every day. It’s amazing to think what Scotland might achieve with renewables in the future.”