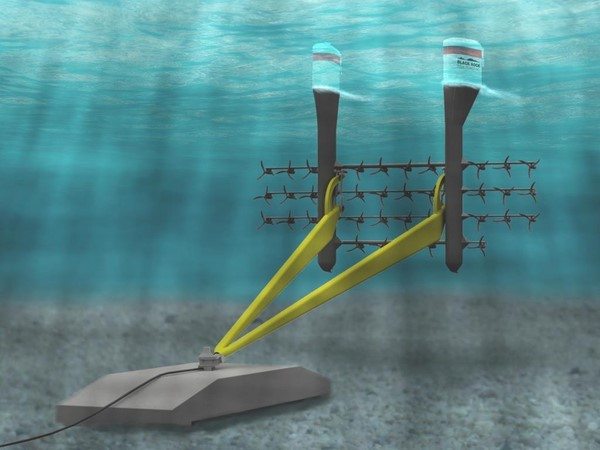 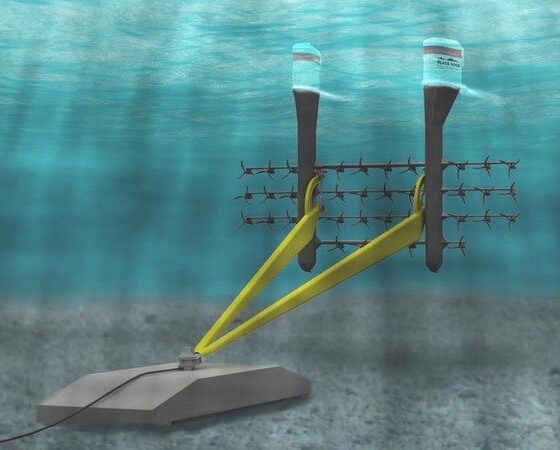 TRITON is a floating platform carrying a number of SCHOTTEL Instream Turbines that generate up to 2.5 MW from tidal currents. The device is planned to be installed in autumn 2016 at the BRTP berth at the Fundy Ocean Research Centre for Energy (FORCE) in Canada. FORCE provides an infrastructure to its five berth holders including a substation, grid connection, sea cables and a fully consented site.

Together with the berth at FORCE, BRTP has been awarded the developmental tidal feed-in tariff (FIT) and the respective power purchase agreement (PPA) with Nova Scotia Power. The electricity generated will be fed into the North American power supply system and the SPV will operate the device over the fifteen years duration of the FIT. “The successful closing of the equity finance in our project sets the path for further TRITON projects in the Bay of Fundy and globally,” explains Sue Molloy, General Manager of BRTP. “This is good news for the tidal industry in Nova Scotia and an important step towards proving the commercial viability of our technology and of tidal energy in general. The Province of Nova Scotia has shown great commitment to the tidal industry by setting up FORCE and by establishing the developmental FIT.”

BRTP and SCHOTTEL HYDRO have successfully raised 10.5 million Canadian Dollars of private equity for the project company. The equity investment will be leveraged by an additional 4.5 million Canadian Dollar commercial loan. The private equity includes investments from the Shareholders of the SCHOTTEL Group, the Singapore-based clean tech investor Envirotek and as lead investor Inerjys Ventures, a Canadian investment company that acts in clean energy. “Inerjys is convinced that SCHOTTEL HYDRO and Black Rock Tidal Power offer the most cost-effective tidal energy technology at a growth stage and for future large-scale projects,” explains Stephan Ouaknine, Managing Partner at Inerjys, “Furthermore, Inerjys is partnering with SCHOTTEL HYDRO on a growth equity round. This hybrid investment strategy insures commercialization for the product company and efficiency for projects.“

“From the very beginning BRTP and SCHOTTEL HYDRO had the ambition to offer tidal energy technology that allows for commercial tidal energy projects already at an early stage of this industry,” says Niels A. Lange, Managing Director of SCHOTTEL HYDRO. “We are proud that we have raised 70% private equity investment for this project, which we consider to be the first project in the tidal industry at this scale financed under purely commercial terms.”

BRTP will start to market the second 2.5 MW project, soon, for which the FIT and PPA are granted. Furthermore, SCHOTTEL HYDRO and its subsidiaries BRTP and TidalStream has developed a robust global project pipeline.