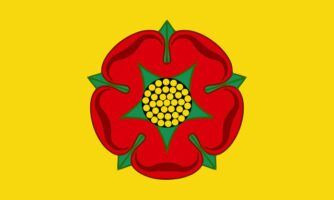 The energy industry have reacted to the news that Sajid Javid, the Communities Secretary, has granted the green light to fracking in Lancashire after having accepted an appeal against the County Council rejection of the plans by shale gas company Cuadrilla.

Following the news, Richard Black, director of the Energy and Climate Intelligence Unit (ECIU), said that the economic viability of a domestic UK shale gas industry is unproven.

“Leaving aside local environmental concerns, the jury’s still out on whether the economics of developing a UK shale industry really stack up. This is particularly true now, when the world is awash with cheap liquefied natural gas (LNG)” he said.

Leaving aside local environmental concerns, the jury’s still out on whether the economics of developing a UK shale industry really stack up.

“Cuadrilla’s boss said today that importing shale gas is crazy and that we’re running out of gas, but it really isn’t clear that that’s the case. Having invested in UK facilities to take advantage of cheap imported gas, is it really wise to be investing in shale gas which is unlikely to bring bills down – particularly when in post-Brexit Britain we’re supposed to be chasing free trade like never before?

“It’s worth noting too that fugitive emissions of methane from shale gas extraction will count against our domestic climate change targets, whereas for imported gas they don’t. That’s why the Committee on Climate Change recommends that the Government needs to regulate these emissions very tightly – and we’re waiting for the Government’s response on that.”

“There are numerous positives of using shale gas, and when we examine these collectively then fracking appears to be a silver bullet for all of our energy problems. The extraction process creates far less air pollution than burning fossil fuels for electricity, which is crucial if we are to achieve our ambitious target of slashing our 1990 carbon levels by 80% in the next few years. Fracking has also been shown to have the potential to significantly lower gas prices.

“The economic benefits are clear, which means it’s easy to see why the government is backing this new form of energy, but the possible consequences cannot be ignored. A 2015 study by Defra, based in Canada, highlighted that houses in a 4km proximity of a gas well could experience a 7% price drop. There were also the worrying reports in 2011 of fracking being the “likely cause” of earth tremors in the North West. In the US there have been reports of contaminated drinking water as a result of fracking. These potential side effects simply cannot be glossed over in favour of economic benefits.

“The government cannot afford to place all its eggs in one basket, which is what is most concerning about the increased investment in fracking whilst more sustainable forms of energy generation have seen their subsidies cut. While on the surface fracking appears to have its benefits, by fast-tracking these projects that so many people are against, the government runs the risk of alienating a large proportion of the public when we should all be pulling in the same direction.”

Commenting on the decision by the UK Government, Emma Pinchbeck Head of Climate Change & Energy at WWF-UK made the following comments:

“The UK carbon budgets commit us to a near-zero carbon electricity system by 2032 and today’s announcement moves us further away from this goal. The government should be spending its time and resources focusing on the development and implementation of clean renewable energy sources, rather than fossil fuels that will impact on our ability to tackle climate change.

This decision has wilfully ignored science, sensible business, and the views of the local community who will be negatively affected for decades to come.”

Hannah Martin, a Greenpeace campaigner, has reacted to the news stating:

“This fudged decision shows the government is struggling to force fracking on a reluctant nation. Fracking will put our countryside and air quality at risk. Digging up more fossil fuels that we can’t burn if we are to honour the international agreement we signed in Paris and is coming into force next month makes little economic or environmental sense.

“Theresa May cannot build a 21st-century industrial strategy on a polluting and inexperienced fracking sector that won’t deliver for years, if ever. If the PM wants to promote an affordable and fair energy system whilst bolstering business growth and job creation, renewable and smart energy technologies are the way to go.”