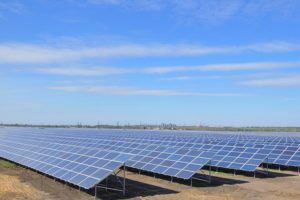 A Reckless, Foolish And Short-Sighted Hit On ARENA

17 August 2016: Reports that the Australian Renewable Energy Agency (ARENA) is set to be cut by $1 billion by the Turnbull Government as one of it first acts of the new Parliament which would send shock-waves through the sector.

“ARENA is a critical driver of the energy transition that Australia is in the midst of — it is a facilitator of innovation, an engine of cutting edge research and new technology and any move to slash its capabilities is a brazen attack on Australia’s innovation future,” said Claire O’Rourke, National Director of Solar Citizens.

It is hard to believe that, yet again, the very organisations that will drive our future prosperity are in the crosshairs of this Government.

“These sort of politically driven, piecemeal policies and funding cuts will only end up with us responding to emergencies rather than building a decent plan for our future energy needs,” she said.

“Slashing and burning ARENA will see Australia miss out on its rightful share of the $800 billion global renewable energy investment boom, and we will miss out on all of the accompanying jobs, growth and investment.

“The global transition to renewables is already underway. Australia needs a national plan to harness the multi-billion dollar renewables boom and manage the orderly transition to 100% clean renewable power.

“ARENA is a critical element of this.

“Powering our lives and our homes with 100% renewable electricity by 2030 is 100% possible and 100% necessary; Australians overwhelmingly support renewables — all we need is a decent plan and the political will to get us there.

“Before the election we described these cuts as reckless, foolish and short sighted, today that is still our assessment.

“We expect the Opposition, Greens and crossbenchers to fiercely oppose these cuts, to reflect what Australians want to see,” said O’Rourke.