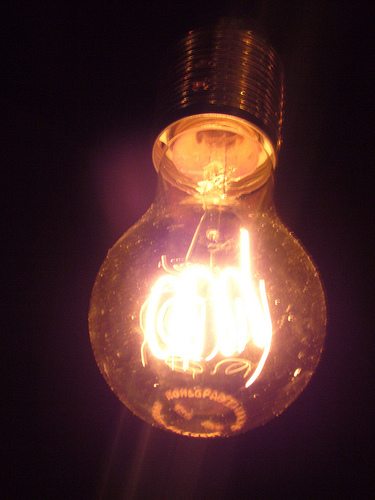 According to MoneySuperMarket, the introduction of a seven-day switching guarantee for consumers wanting to change their gas and electricity providers could save households money they would otherwise spend while waiting to switch.

The comparison site has submitted recommendations to the energy regulator Ofgem, urging it to install a system – similar to the one recently introduced for banking customers – to improve “the current archaic process”.

This comes after a MoneySuperMarket survey found that 85% of energy customers who switched providers in 2013 expected to be able to change within 30 days. In fact, only 47% of switches actually took place within this timescale.

Sixty-four per cent took between 30 days and two months, while 36% still were not completed within two months.

“We believe the transfer process can definitely be completed much quicker and see no reason why it should drag on for so long”, said Clare Francis, editor-in-chief at MoneySuperMarket.

“Those trying to switch to save money are currently being forced to pay higher prices for longer than they should.”

According to the trade association Energy UK, 3.5 million people changed energy providers in 2013. Some 1 million switched in November and December alone, and the industry body insisted that these figures were evidence that the market is working.

However, MoneySuperMarket calculated that if the same number of people switched today from an average deal to the best deal on the market, they would collectively spend an extra £125,475,000 while waiting for six weeks than they would for one week.

“There is no doubt that the energy industry currently lags behind other sectors in terms of the efficiency of customer switching”, said Elaine Warwicker, retail director of renewable energy supplier Ecotricity.

Ecotricity currently offers a five-minute online switching tool, but Warwicker added, “Every supplier has to wait for industry processes to run their course, and that inevitably slows down the switch.

“So if there can be industry wide solutions for a quicker all round switch journey, solutions that cut down on those archaic industry processes, that would be good for consumers and for competition – and it would bring the energy industry into the 21st century. We also think it would mean more people choosing green energy, too.”

However, they added, “The EU directive which comes into force in June mandates a 14-day cooling off period which cannot be waived. We need a system that works efficiently for customers, and one which avoids sacrificing a good switching experience in the pursuit of a speedier process.”

In January, Ecotricity and Good Energy both topped the annual Which? energy company survey of consumer satisfaction. The survey, which asked 8,525 UK billpayers to rate their providers on a range of criteria, including value for money, customer service and complaints handling, found that both companies achieved an overall customer score of 82%.

This was twice as good as the average, with the overall score for energy companies dropping from 49% last year to just 41%.