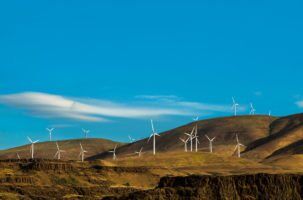 Investors have demonstrated their confidence in renewable energy by embracing Thrive Renewables group’s first ever bond offer which closed in record time. Thrive Renewables (Buchan) as a subsidiary of Thrive Renewables plc, issued the 5.5% annual return bonds with the bonds available to be bought on the positive investment and savings platform, Ethex. With successful completion in reaching its target raise of £3 million in just under four weeks, this is the second fastest bond offer to close in Ethex’s history.

Within the first week of going live to existing shareholders, the offer had received almost half of its funding target. The bond had a £250 minimum investment with 5.5% annual return over a five year period and appeared to be warmly welcomed by the investor community. The investment was secured against two existing and generating wind farms in Strichen, Scotland, and as part of its community initiatives, Thrive Renewables made the bond available to the local public as part of the pre-general release.

One of Thrive Renewables’ bondholders, Herbert Eppel said, “there can be no doubt that being part of the emerging British community energy revolution gives a sense of empowerment, and that “bottom-up” energy projects will play an increasingly important role in the future. The Thrive Renewables (Buchan) bond offer was a perfect opportunity to add to my growing community energy portfolio.”

Lisa Ashford, CEO of Ethex commented, “Thrive Renewables completed their £3 million raise in record-breaking time. Despite subsidy cuts, it is good to see that there is still a groundswell of support for renewable energy projects. It was a strong offer and attracted investors right across the UK.”

Thrive Renewables has a strong investor community which now includes 418 bond holders, of which 100 with an average investment of £6,900 per holder. Despite the withdraw of Government subsidies for renewable energy, the success of this bond offer is testament to Thrive Renewables’ approach of investing in solid portfolios honed over a 20 year history.”

Investors were drawn from all areas and ages ranging from 24 to 90 years showing the diversity of Thrive Renewables’ community.

Matthew Clayton, Managing Director of Thrive Renewables added, “I’m absolutely delighted with the result of our first ever bond offer which is the fastest fund raise in our history. It is reassuring that investor confidence in solid assets offering environmental and financial rewards remains strong. Thrive Renewables is pleased that offering an additional way for individuals to directly contribute to cleaning up the UK’s energy system has been so successful. We can put the funds released to work as we continue to grow, adding to our renewable generation capacity.”

Building on the success of Thrive’s recently published annual results, 2015 has been a record- breaking year for the company, with a 16% growth in investor numbers and revenue was up 22% to £15 million. Generation capacity also rose to 169,485MWh of renewable energy with increased impact equivalent to 72,876 tonnes of CO2 saved (up 26% on last year).

To find out how you can become an investor or to develop a project with Thrive Renewables, visit www.thriverenewables.co.uk for more information and to sign up to their quarterly newsletter.