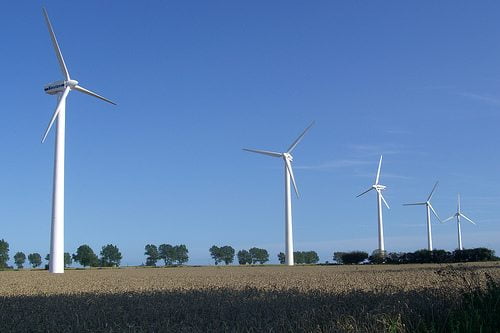 Resonance Asset Management has completed a major investment into four UK wind farms, worth a total of $100m (£61m).

The firm said its British Wind Energy Income fund had exceeded all expectations in its first year, reaching the $100m milestone in just 10 months of operation.

Resonance, which specialises in alternative asset management, announced the completed acquisition on Monday. It said that the deal will consolidate fragmented ownership of four small and medium-sized wind farms in Scotland, Wales and northern England, with a generating capacity of between 2-10 megawatts (MW).

Resonance founder and chief executive Nick Wood said, “We’ve had a defining 2013, having seen an increase in commitments to $100m from institutional investors”.

“With a combined five acquisitions under our belt, totalling 23.9MW in just one year, we’re actively considering further investments and continue to see attractive risk-adjusted returns in this area for our investors. We very much look forward to further advancing our position in 2014.”

The wind farms have a combined total of 12 turbines. Resonance says that its income fund aims to provide investors – pension funds, insurance companies, private wealth managers and family offices – with returns of between 8% and 10%.

The deal builds on other successes for the renewable industry in recent months. Asset management firm BlackRock recently declared its first renewable power fund a success, saying there had been a “huge flood of capital” into the alternative energy industry.

Meanwhile in the retail market, the Guinness Alternative Energy fund was the best performing vehicle in the entire UK market, not just in the clean energy space. Fund manager Edward Guinness told Blue & Green Tomorrow, “Conceptually, this fund done better than all of the other funds over the last year because it’s the only fund that has stayed pure-play invested in alternative energy.

“By staying really focused on alternative energy, as the market has begun to turn a corner, we have been prime beneficiaries of that.”