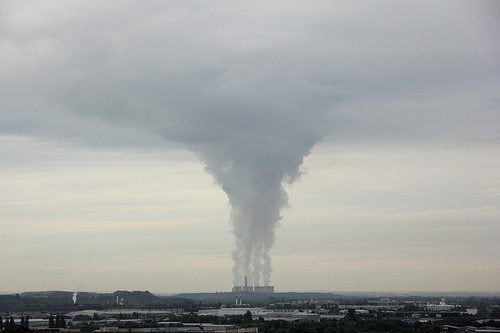 A mixture of the global financial crisis and lethargy from senior politicians has contributed to climate change slipping down the agenda in the UK, according to a leading climate scientist.

Kevin Anderson, professor of energy and climate change at the University of Manchester, criticised the coalition government’s green record, and added that there was a misconception that the green agenda and the economic agenda were somehow contradictory.

Speaking at a National Ethical Investment Week event in London on Monday, hosted by financial advisory firm Gaeia, he said, “I think it’s fair to say the government, however great it might be in other areas, on climate change is atrocious.”

Environment secretary Owen Paterson recently said that global warming could benefit the UK, while the chancellor George Osborne famously claimed, “We’re not going to save the planet by putting our country out of business.” The latter said in September that the UK should not be at the forefront of the global response to climate change.

Anderson, who is also a deputy director at the Tyndall Centre for Climate Change Research, said that such views were unhelpful in formulating a UK response to climate change. He added that the financial crisis that began in 2007 had forced successive governments to divert their attention away from environmental issues.

“This government, and the previous one, have been obsessed with the financial crisis”, he said.

“There are some great backbenchers that think climate change is really serious, but by and large, the frontbench does not think it is an issue or does not believe the science – even though they may have no real background [in climate science]. Those two, with the financial crisis, have undermined any real concern that was there.”

Anderson’s comments came in response to a question about the UK’s apparent dwindling interest in climate change compared to a decade ago, before the financial crisis hit.

Introducing tax breaks for shale gas, rejecting a 2030 decarbonisation target for electricity generation, the continued exploitation of the Arctic for fossil fuels and record investment in North Sea oil and gas, he said, were contradictory to moving towards a sustainable economy.

He added that such policies had contributed to the lack of investor confidence in the sector: “A lot of investors have run scared because it doesn’t look like governments particularly interested [in climate change and sustainability].

Anderson concluded his keynote speech at the Gaeia seminar, hosted by the Social Stock Exchange at London Bridge, by saying, “At the moment, the future is impossible.”