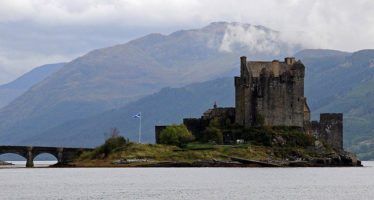 Campaigners are marking three months to Scotland’s fuel poverty deadline by calling for a three point plan to improve the energy efficiency of the nation’s cold and leaky homes.

Members of the Existing Homes Alliance, whose members include WWF Scotland, Scottish Federation of Housing Associations and Energy Action Scotland, are calling for:

The forthcoming Scottish Government budget to significantly increase public investment in home energy efficiency measures, so that fewer households waste cash heating leaky homes. There is an excellent return of benefits for such investment.

The forthcoming Programme for Government to set an objective for a national infrastructure programme that supports every home to reach at least an Energy Performance Certificate (EPC) band C by 2025. Such a move would largely eliminate energy efficiency as a driver of fuel poverty, benefit 1.5million households, help reduce energy bills, cut the nation’s carbon emissions, reduce NHS costs of treating illnesses related to cold and damp homes, and create up to 9,000 new jobs spread across Scotland. This objective is also supported by more than 50 major civil society organisations.

Ministers must publish a delayed consultation on the regulation of energy efficiency in private sector. This would leverage private investment into tackling fuel poverty and help those in rented accommodation, where the energy efficiency of homes is lowest.

With the target countdown now on, we hope our proposed three-point plan is a constructive contribution that the Government can take forward.

Alan Ferguson, chair of the Existing Homes Alliance said: “It is a national shame that there are currently 845,000 households in Scotland living in fuel poverty, and that energy inefficient homes stop many of those from escaping that poverty. Households are forced to waste precious cash and carbon because their homes leak out the warm air.

“It is of course disappointing that Scotland will miss the target to eradicate fuel poverty, which the Government has now acknowledged. We now strongly encourage Ministers to use the remaining three months to develop new plans that redouble efforts to tackle the scourge of fuel poverty.

“With the target countdown now on, we hope our proposed three-point plan is a constructive contribution that the Government can take forward. Investment in energy efficiency is a no-brainer, working alongside efforts to raise incomes and reduce energy costs. It will help lift people out of fuel poverty, stimulate the economy, create jobs and cut our climate change emissions.”