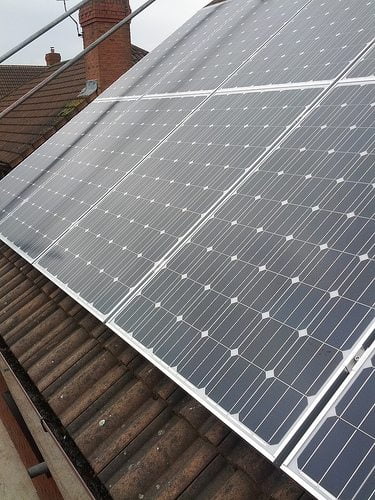 Supporters of renewable energy are calling for more Scottish homeowners and businesses to reap the benefits of solar power, after new figures revealed that the total installed capacity of solar photovoltaic (PV) systems in the country had passed the 100 megawatt (MW) milestone.

Over 28,000 homes and 450 business premises in Scotland now have solar arrays installed, and together WWF Scotland, the Energy Technology Partnership, and the Scottish Solar Energy Group are hailing this as an important achievement.

“The total may be small when compared to wind energy, but reaching 100MW of installed solar capacity still represents a significant milestone on Scotland’s path toward generating only pollution-free electricity”, said Lang Banks, director of WWF Scotland.

“Together these solar panels are helping to prevent thousands of tonnes of climate-damaging emissions being emitted every year. Every home and business with a suitable roof or space should seriously consider going solar.”

To build on this success, the three organisations are urging the Scottish government to encourage the uptake of solar technology.

“Scotland might seem like an unlikely place for solar, but if you look at a solar radiation map, Scotland receives about 80% and in some parts 90% of the solar energy of Germany, the world leader in solar deployment with about 35GW installed to date”, she said.

“So there is absolutely no reason we couldn’t be deploying significantly more solar if we really wanted to.”

The importance of clean energy to Scotland’s future was a major theme of the SNP party conference in October. Fergus Ewing, SNP energy minister, said that Scottish renewables now produce enough electricity to power the equivalent of every household in Scotland, but added that they bring a host of other benefits too.

“Over 11,000 jobs have been created; over £5m per year is now being generated for communities the length and breadth of the country and last year Scotland’s renewable energy displaced more than 10 million tonnes of CO2, more than total emissions of all of Scotland’s road transport”, he said at the time.

In September, the Scottish government also approved the world’s largest tidal power project, capable of powering the equivalent of 42,000 homes.