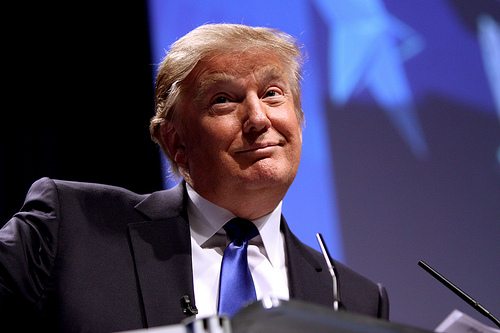 A £230m wind power project, initially approved by the Scottish government, has been temporarily put aside amid development issues – most notably, a legal battle led by billionaire US tycoon and prominent wind critic Donald Trump.

Trump undertook legal action against the project, as he complained its construction would ruin the view from his luxury golf course in Blackdog, near Aberdeen.

He managed to get the support of some local residents – many of whom opposed the construction of his golf resort in the first place – and launched a petition against the wind development.

The 11-turbine project, led by the European Offshore Wind Deployment Centre (EOWDC), was approved by the Scottish government in March.

However, the formartine area committee of Aberdeenshire council has stopped plans for an electricity substation to be built onshore, which means that the company now has to find a new spot.

Peter Wesslau, the UK manager for Vattenfall, a Swedish company also involved in the project, said, “As with any development of this nature, the project partners continuously review its progress and this includes building in scope for all possible eventualities.”

He added that the consortium will try to launch the project in 2017 instead of 2015, as initially planned, but will keep trying to find an earlier grid connection than that date.

A Scottish government spokesman said, “The EOWDC will play a key role in developing Scotland’s huge offshore wind potential. This announcement ensures that the project continues to move forward.”

WWF Scotland director Lang Banks said that despite disappointment over the delay, the fact that the developer has not dropped plans for the wind farm completely is of crucial importance.

“Scotland is home to a quarter of Europe’s offshore wind resource”, he added.

“Studies estimate that Scotland’s offshore wind industry could create 28,000 jobs by 2020 and contribute over £7 billion of investment to the economy.”