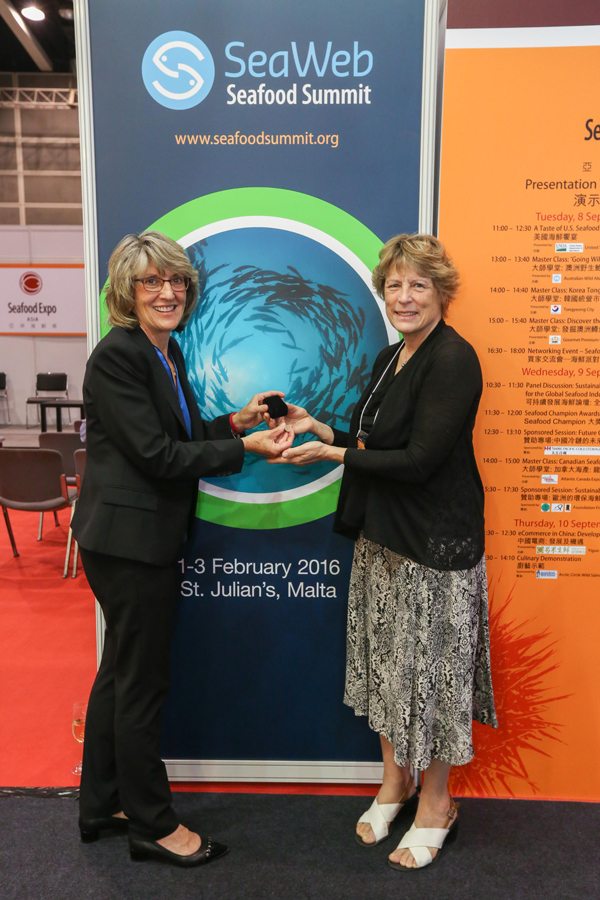 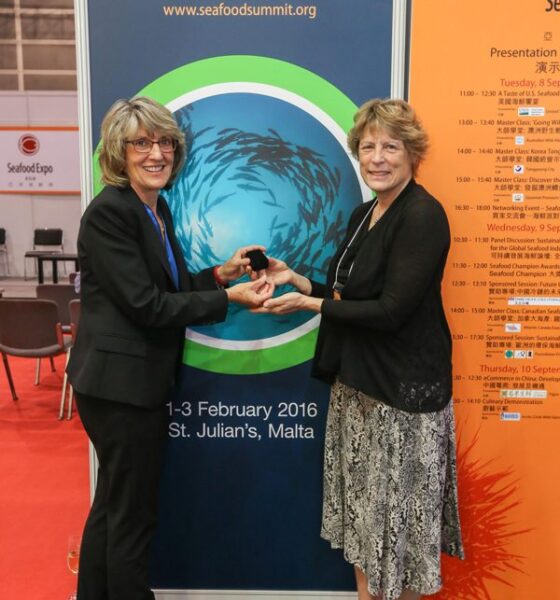 Seafood leaders chose a retail executive who set the bar for sustainable seafood in the United Kingdom, a Cornwall fisherman who influenced EU policy and technology innovation, a coalition of Pacific Islands nations that acted aggressively to ensure the health of their tuna fishery, and a Maldives ministry that pushed sustainability for Indian Ocean fisheries as the 2016 Seafood Champions.

The annual Seafood Champion Awards recognize individuals and organizations for excellence in promoting ocean health and environmentally responsible seafood with honors in four categories: leadership, innovation, vision and advocacy. The top honors were revealed at the opening reception of the SeaWeb Seafood Summit in Malta.
“The 2016 Seafood Champions are a diverse group, but thefinalists share the qualities of incredible persistence and willingness to lead. It’s never easy to be the first to do something others believe is risky or even impossible,” said Mark Spalding, president of SeaWeb and The Ocean Foundation. “That’s why it’s so important to celebrate these Champions—they will inspire others to build on their accomplishments, and to take on the tough challenges that remain in the effort to ensure ocean health and advance seafood sustainability.”

“All too often the easy thing to do is sit back and accept ‘business as usual.’ It takes ambition and often courage to stand up and show that there is a better way to do things,” said Steve Trent, executive director of Environmental Justice Foundation and one of six judges who evaluated the nominees. “What stood out for me in this selection of finalists was the scope of activities and range of players, coming from government, industry and the nonprofit sector, all of whom were essentially working to achieve the same core goal: ethical, sustainable and legal seafood.”

The judges chose winners from a group of 16 finalists from around the world: Australia, Canada, the U.K., Indonesia, Japan, the Maldives, the Marshall Islands, New Zealand and the U.S. They winnowed the finalists from a list of 90 nominees from the fishing, aquaculture, seafood supply and distribution, retail, restaurant and food service sectors, as well as nonprofit organizations, academia and the media.