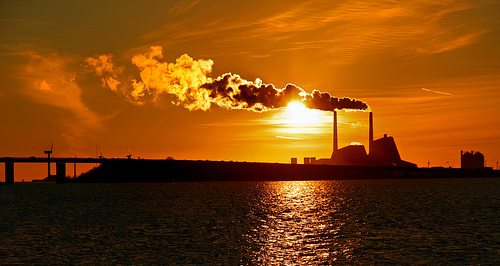 New research has found that just seven countries, including the UK, account for 63% of climate change. Relative to population size, the UK has pumped the most greenhouse gases into the atmosphere because of historical use of coal.

The research, which is published in the Environmental Research Letters journal, aimed to identify which countries were most responsible for climate change by measuring carbon emissions, as well as other greenhouse gases, from the industrial age through to 2005.

The top contributor was found to the US, which has released more than double the emissions of China, which ranks second. Russia, Brazil, India, Germany and the UK followed. Collectively, these seven countries account for 63% of global warming, according to the research.

However, when the emissions are analysed against population size, the UK has contributed the most pollution per person. The researchers said this is because of the UK’s prolific use of coal in its past, which accounts for a large portion of its cumulative fossil fuel emissions.

Whilst developed countries were found to be “responsible for the vast majority of historical emissions”, the paper noted that some developing countries, most notably China, are closing the gap and in some cases are now polluting more than developed nations.

The researchers also noted that assessing emissions based on where products are consumed shifts the allocation of current emissions from major producer countries, such as China, to countries in North America and Western Europe.

“As a consequence a substantial portion of recent emissions from developing countries could be equally allocated to developed countries that consume the good produced,” the paper said.

A draft report by the Intergovernmental Panel on Climate Change (IPCC) has also noted this trend. It said that western countries were “outsourcing” emissions to countries like China through the production of cheap goods.

The report concluded that more developed countries per capita global warming contributions are not currently consistent with attempts to restrict global temperature change to less than 2C above pre-industrial levels.

The researchers said, “It is these very questions of equity and responsibility that currently represent major barriers to progress in international negotiations attempting to set national emissions targets and yet are critical to resolve as we move forward with climate mitigation efforts.

“How we choose to allocate the remaining emissions budget is a critical political challenge which can easily become mired in non-trivial arguments surrounding the questions of blame and historical responsibility for global warming.”