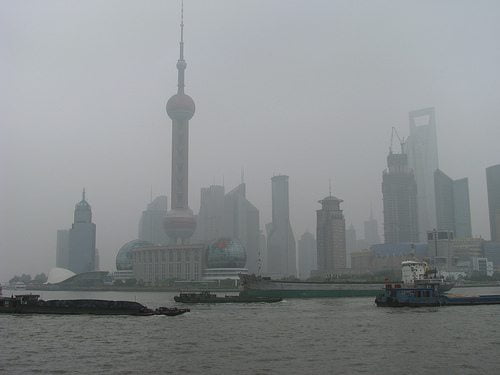 Particulate pollutants in Shanghai have reached unprecedented levels, with authorities telling citizens to stay indoors and wear masks if outside.

China’s financial hub has been swallowed by thick smog, reducing visibility to less than 50 metres.

The situation got worse this weekend, with the government ordering people to keep vehicles off the road, cancel public events and keep vulnerable people indoors.

A recent study by the University of Leeds, sponsored by Greenpeace East Asia, indicated that the burning of coal was the main cause of air pollution in China, causing health problems to citizens and contributing to premature deaths.

Huang Wei, climate and energy campaigner at Greenpeace East Asia, said, “On one hand, we are glad to see that unprecedented measures have been announced, such as capping coal consumption in some of the worst polluted places.

“On the other, we know China simply cannot afford to allow air pollution to continue taking such a heavy toll. By all means China should be racing against the clock to save lives, and it has to bring what it’s doing now to the next level.”

On Thursday, Hong Kong was reported to be experiencing hazardous levels of nitrogen oxide (NO2), which is linked to various respiratory diseases.