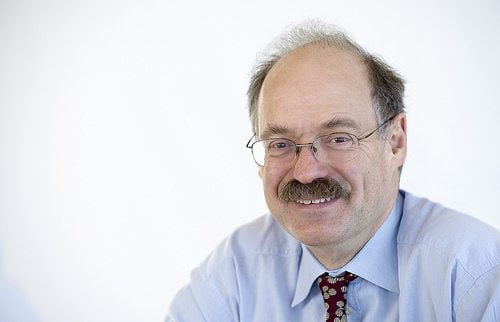 The chief scientific adviser to the UK government has warned that climate change experts need to learn how best to explain their findings to a wider audience, as some people remain sceptical of the reality of global warming.

Speaking after the publication of the Intergovernmental Panel on Climate Change’s (IPCC) report into the physical science of climate change, which said scientists were 95% certain that human activities were responsible for rising global temperatures, Sir Mark Walport said that a section of the public was still sceptical about the existence of climate change and mankind’s responsibility for it.

Walport suggested that this suspicion is fuelled in part by sceptical media coverage and “climate fatigue”. However, the deniers are missing the point, he added: “This is not something on which human beings can vote, it’s not your opinion that matters, it is actually the truth of it, there is a correct answer. While there are many questions we can vote on, this is not one.”

Introducing a two-day discussion of the technical issues arising from the IPCC research at the Royal Society, Walport argued that scientists needed to take greater responsibility for the communication of their findings.

“Science isn’t finished until it’s communicated. The communication to wider audiences is part of the job of being a scientist, and so how you communicate is absolutely vital”, he said.

He added that climate science is particularly difficult to explain, as it deals with numbers that are both too big and too small for the average person to visualise.

“Then the small numbers: 0.9C of climate warming on the surface since 1901 doesn’t feel like very much, and people’s perception of temperature is that’s not very much.

“The very terminology doesn’t help us: global warming, climate warming. It’s actually about disruption, and I think that’s the sort of message we need to get across.”

He argued that the communication of the climate change community had so far been “amateurish”, as testing has shown that terms such as ‘climate change’ and ‘global warming’ mean different things to different people, affecting the public’s understanding of the message.

Meanwhile, a recent study found that that the proportion of climate change sceptics had increased by 15% in Britain since 2005.