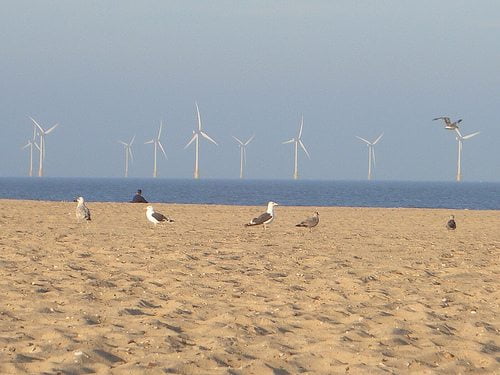 A large majority of the British public believes the government should financially back renewable energy, while almost half think fracking will damage the environment, according to a new survey.

Seventy-eight per cent of respondents said the government is right to spend money encouraging solar power projects, while 76% said the same for tidal, and 65% backed financial support for wind.

On the other hand, 57% backed government support for clean coal, with 49% for nuclear power and 40% for shale gas extraction.

The survey is the latest in a series that demonstrate public support for renewable energy sources. In July, a project by the UK Energy Research Centre found that a majority of consumers wanted “fair, affordable and sustainable energy”. Other surveys, including one by the government itself have shown an increase in support for the renewables industry.

However, in this latest poll, 41% said that Britain should start extracting shale gas by fracking, while 33% said that it should not. Despite concerns over its safety and environmental impact, 68% said that they believed it would be good for the economy, but only 25% said they would want fracking to begin in their local area.

Last week, a report from the University of Nottingham said public support for fracking was increasing.

Professor Sarah O’Hara, one of the researchers who worked on the study, said, “Overall we see very clear trends in this data, and the British public continue to warm to shale.

“However, this does not entail that shale gas is a wildly popular alternative to other forms of energy, although it remains to be seen whether that will change if the current movement in the climate of opinion continues.”