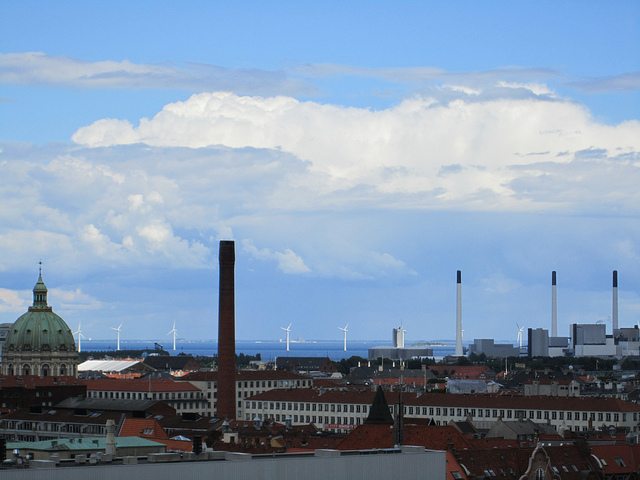 Sustainability director of General Motors on clean energy for the future

Director of sustainability at General Motors (GM), David Tulauskas, has said corporations must do more to support renewable energy, while utilities must help make clean energy more accessible through innovation.

In a post in the Guardian’s values-led business hub, Tulauskas argues the current system of sourcing renewable energy is lacking. He calls for new guidelines to help open up sourcing of clean energy and increase its usage by large corporations.

Tulauskas tells how GM is currently halfway towards its goal of using 125 megawatts (MW) of renewable energy by 2020, but adds there are still some obstacles to overcome before they get there.

A recent report by Transport & Environment found evidence to suggest seven carmarkers will miss the EU’s binding carbon emissions targets, which are set for 2021. GM was one of the companies falling behind, along with Honda and BMW.

Tulauskas also explains why companies should invest in renewable energy, which is needed in order to reach carbon reduction targets. He hopes the new Corporate Renewable Energy Buyers Principles will help investment in renewables to become more accessible for all companies, not just GM.

“The opportunity was to frame up the needs and challenges for buyers, then provide solutions to make renewables more affordable and accessible for all companies,” he says.

12 companies developed the principles in July. Signatories included big names such as Facebook, Procter and Gamble, Walmart and GM. The World Wildlife Fund and World Resources Institute launched the scheme.

These corporations have pledged to seek a “market shift” to achieve their green energy goals, and say the clearer guidelines will help utilities to make it easier for companies to buy more renewable energy.

The members have a combined total goal of sourcing 8.4 million MW hours of renewable energy per year, so these principles are vital.

“The goal is to view and unleash this demand more holistically, rather than having to create financing models and business forecasts on a project-by-project basis.

Tulauskas goes on to say companies should incorporate clean energy into their operations in order to help create a clean energy future. He listed other benefits, such as the security renewables can bring with rising energy prices expected to continue.

“If a company is 100% powered by renewables, extreme weather conditions and power outages may not be an issue for the company,” he added.

“It minimises the risk of disruption so that it can stay open to serve their customers when they’re needed most. We view this as an example of customer-driven sustainability.”

There are some encouraging examples of renewable technology used in industry. Ethical retailer Rapanui, for example, use only supplies sourced from factories powered by wind and solar energy.

In an example of the kind of innovation Tulauskas calls for, Facebook recently announced plans to use solar powered drones to help bring the internet to Zambia.

Tulauskas concluded, “It’s [the renewable market] growing quickly, but not quick enough. By starting a conversation on the opportunities and scale of renewable energy needs, we can learn what it will take for financial institutions to unlock the capital that developers need.

“Through more dialogue among buyers, developers, utilities, utility commissions and financiers, we can tackle how to best use renewable energy and spur innovation that will lead us toward a clean energy future.”

Ethical retailer of the week: Rapanui