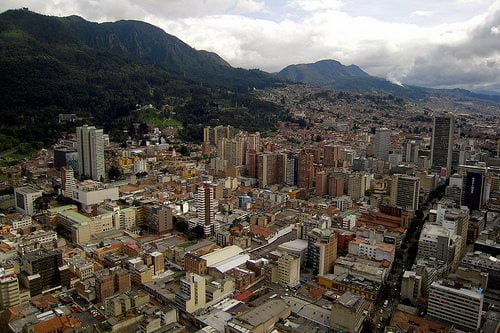 As recently as the 1990s Bogotá, the capital of Colombia, was associated more with violence, drug wars and murder than sustainability. Foreigners saw the city as one the world’s most dangerous places to visit and cocaine was one of its most famous exports.

Its journey towards redemption gathered momentum in 1998, with the appointment of Enrique Peñalosa as mayor. As well as cleaning up the capital’s image, one of Peñalosa’s priorities was to make rapid improvements to mobility.

While most of us are perhaps more familiar with examples closer to home, such as Stockholm or Copenhagen, Bogotá has since been hailed as an inspiration to cities working towards sustainability.

Through the 1990s and early 2000s, the city’s authorities introduced a pioneering, high-capacity Bus Rapid Transport system (BRT) and developed more than 300km of cycle lanes. Cyclists were further encouraged by the development of various policies, which, for example, enforced car-free zones on Sundays.

Such policies brought a number of benefits. Air quality improved considerably, and traffic-related deaths dropped. As decided by a referendum, for one day every year the entire city goes car-free in celebration of these achievements.

Despite this, Bogotá’s and Peñalosa’s legacies are far from secure. Increasing prosperity has seen car ownership rise, from about 950,000 in 2009 to 1.5m in 2013. The city’s new leaders have promised bigger roads and more highways.

Though its journey back from the brink has been remarkable, it seems a great shame that Bogotá’s sustainability itself may not be sustained.