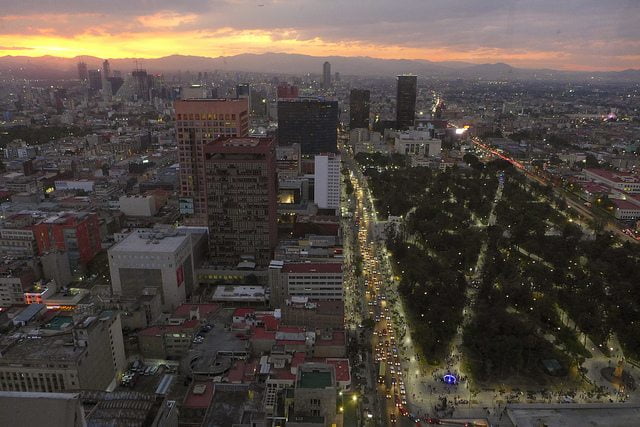 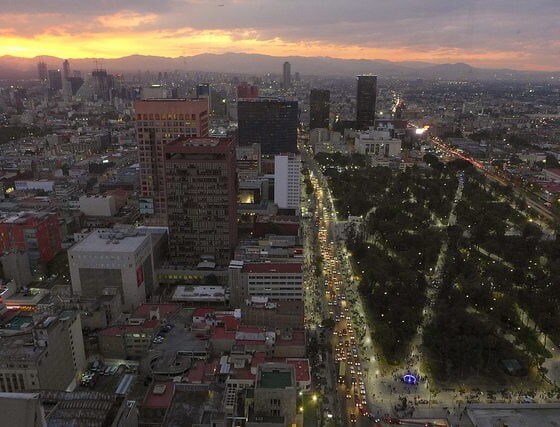 Mexico City is perhaps not an obvious choice for recognition as a sustainable city. In many areas, it lags behind the other metropolises studied in this series. However, the Mexican capital – identified as the most polluted city on the planet in 1992 – has recently been praised for its efforts to clear the air.

Once known for its suffocating smog, thanks to the ProAire programme that worked to cut pollution CO2 emissions Mexico City has made significant improvements to air quality over the past two decades.

Perhaps one of the most widely known ways in which the city has done this is Manuel Gea González Hospital, a strikingly designed building that ‘eats’ smog, purifying the air around it.

Key to these efforts though were less glamorous initiatives launched in 2007 to reduce traffic congestion and cut transport emissions.

The city has introduced bus rapid transit (BRT) and Metrobus systems, a bike-sharing programme and an initiative that removed cars entirely from the city’s many narrower streets.

It was for such schemes that the city also won The Institute for Transportation and Development Policy’s (ITDP) 2013 award for sustainable transport.

“Mexico City was like a patient sick with heart disease, its streets were some of the most congested in the world”, said Walter Hook, CEO of ITDP.

“With the blood flowing again, Mexico City’s urban core has been transformed from a forgotten, crime-ridden neighbourhood into a vital part of Mexico City’s future.”

The Mexican capital still has some way to go. Siemen’s Green City Index recognises that Mexico City still has below average air quality, as well as problems with sanitation.

However, the same index notes that the city should be considered a leader in environmental governance. Indeed, Mexico City’s progress shows that achieving sustainability is far from easy, but also that it is not impossible for even the most massive urban centres.