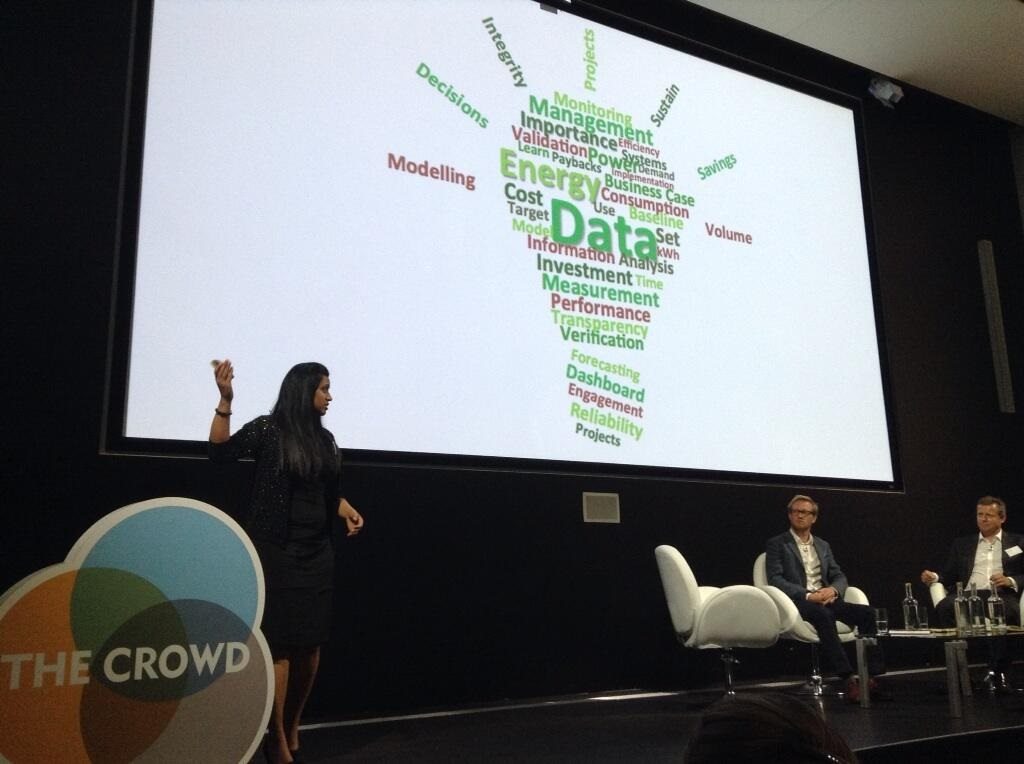 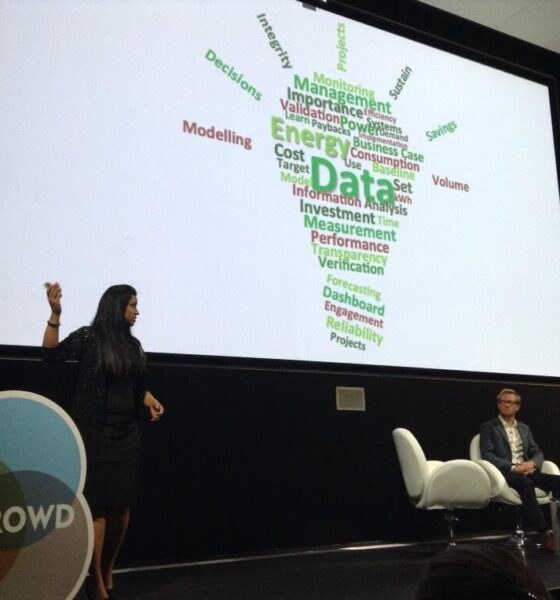 The Crowd, formerly Green Mondays, has been putting on excellent events since 2008. Bringing together senior business leaders, thought leaders, academics and policymakers, this year’s Green Corporate Energy conference was no exception.

The Greek Revival-style block of Portland stone that is the home of the Royal College of GPs dominates the corner of Euston Road and Melton Street, facing the Wellcome Trust. Opened by the Duke of Edinburgh in March this year, the building made an ideal setting for the conference, with a cool auditorium and the hottest gents in the world (Editor: I’m compelled to point out here that it is the temperature of the toilets, and not the attractiveness of the male delegates, that Simon is referring to).

Jim Woods, CEO of the Crowd, was master of ceremonies and introduced acclaimed economist and author Prof Noreena Hertz. Hertz’s talk explored making decisions in an increasingly complex world. Mixing an eclectic range of real-life anecdotes, she explained the weakness in relying on ‘experts’ and the importance of divergent and different thinking in to avoid group-think when faced with uncertainty. Her book, Eyes Wide Open: How to make smart decisions in a confusing world, should be essential reading for all senior leaders and a business school core text.

She was then joined on stage by Sir David King, the foreign secretary’s special representative on climate change, and Peter Atherton of Liberum Capital. Chaired by Financial Times contributor Sarah Murray, the stark divide between a City view and the scientific one was explored as both King and Atherton clashed over subsidies, the ‘high cost’ of renewables and the merits of government intervention.

Energy and cleantech adviser Dr Steven Fawkes then launched the energy investment curve – a ground-breaking crowdsourced initiative to gather feedback on multiple energy investments, payback and additional benefits. Over 40 companies input multiple projects with an investment value of over £1 billion, creating a unique database of projects, their payback and rating – with additional comment. This system can now be used by participants to learn from others success and connect.

I chaired a lively discussion in one of the many breakout sessions concerning energy company Open Energi, which has created an exceptional technology allowing companies to earn money by selling or absorbing energy from the national grid through in their appliances its dynamic demand system.

This system operates with heaters, pumps, chillers, refrigerators and air conditioning units and turns them into smart devices which can react instantaneously, by turning them off, down, on or up, to deal with changes in electricity supply and demand across the UK network, within the operating parameters of the units.  The National Grid then buys this capacity to balance the network.

Following lunch, Neil Carson, CEO of Johnson Matthey, and Estelle Brachlianoff, CEO of Veolia Environment, gave the executive perspective. For them, top-level leadership is critical, especially when new talent expects to work for companies with a genuine sustainable ethic. Core was embedding sustainability into the businesses values and seeing it as just good business.

We were then joined via Skype from the US by Robin Chase, founder of Zipcar and CEO of Buzzcar. After exploring the nexus of excess capacity (we only use cars 5% of the time), the power of people and platforms that underpinned her ventures, she explored the concept of peer incorporated. Using the diversity and creativity of individuals and their peers, with the leverage of corporate platforms. You can see her TED talk here.

Chase illustrated how Intercontinental Hotel Group had built up 645,000 hotel beds over 65 years, but by deploying the excess capacity of people’s rooms, airbnb.com had created 650,000 rooms in just four years, while couchsurfing.com had created 2.5m in just nine.

This powerful use of excess capacity – stuff that has already been paid for and built and is therefore underutilised, such as car sharing or bed sharing (in the non-intimate sense) – with peer groups and platforms is genuinely revolutionary.

The final session of the day consisted of short presentations by Tim Brooks of Lego (simply the best toy in the world), Kathy Loftus of Wholefoods and Jaz Rabadia of Debenhams. Through their own stories, they explored how they made the case for green energy and the value of applying energy data to drive down costs and emissions.

Green Corporate Energy was a genuinely inspiring and thought-provoking event. The Crowd has a reputation for throwing very impressive events and from the feedback of those I spoke to, they exceeded their own high standard this year.