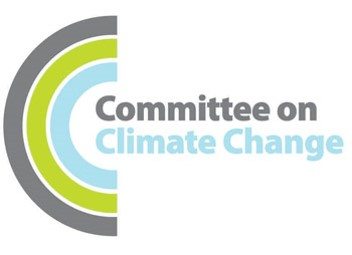 Today, the UK Committee on Climate Change (CCC) spells out what the political agreement made at the COP21 climate talks in Paris means for UK climate policy, including energy, industry and transport. At those talks, 195 nations pledged to keep global warming to less than 2°C, and to aspire to keep global warming to less than 1.5°C. This means that today’s net release of fossil and biomass carbon into the atmosphere must decline rapidly. So that, by 2050, every tonne of carbon released or used in fuels, manufacturing, products, and services has to be either eliminated – by substituting different energy sources and production methods – or has to be captured and stored securely for the long-term in deep geology, in soil or in weathered minerals. Reductions of present day emissions must decrease by at least 2% year-on-year from now until 2050.

The UK Conservative Government came to power in May 2015 using a manifesto alluding to the “greenest government ever” and promising £1 billion for Carbon Capture and Storage (CCS). This government’s legacy from its first 8 months has been a systematic and unprecedented pull-back from financial incentives for all types of low-carbon electricity production, energy efficiency, and financing of “green” commercialisation.

Of particular note was the cancellation on 25 November, separate from the Chancellor’s Autumn Spending Review speech, of the 10-year, multi-government, cross-party support for constructing Europe’s first CCS projects. These projects had been 40 months in detailed development. The Peterhead project led by Shell and SSE would be the first CCS project on gas power in the world. This is of particular relevance to the UK because of the government’s ambition to construct multiple gas-fuelled power plant as replacements for about 30% of UK electricity generation from coal and nuclear (which will be retired during the 2020s).

When attempting to explain the cancellation of CCS, unsubstantiated reasons were stated by different government ministers, from “not working yet”, and “only a long-term need” to “costs £170 per Megawatt hour compared to gas at half that” – all have been shown to be untrue by expert witnesses to the Energy and Climate Change Committee (ECCC).

Fundamental problems are that the first projects of any new technology are deliberately more expensive so that they will work; and the Prime Minister and others in government are choosing to quote CCS numbers that include costs of pipes and boreholes, which are not included in the costs quoted for gas or nuclear – because these are national infrastructure asset costs.

The CCC letter today recommends that their proposed budget to 2032 is a minimum, and suggests that government must be prepared to do more, not less, in order to reduce total UK domestic carbon emissions in line with the Paris agreement objectives. The committee also notes that increased decarbonisation ambition will be needed by the European Union. In short, we need to make more reductions. For that, CCS is essential and an urgent plan is needed for a minimum of 7GW clean power by 2030, and support for industry decarbonisation.

The CCC also appears to bear out what expert witnesses told the ECC – that the first CCS projects will deliver at a strike price of £170 / MW hr but then drop to £110/MW hr.

The CCC letter today makes clear that rapid delivery of CCS is part of the least-cost package of techniques and technologies to achieve UK carbon budgets. And that failure to deliver CCS will have wide and costly consequences across the UK economy. To achieve that, the UK needs at least two CCS projects operating by 2020, and a development of five more following on from those.

Professor Stuart Haszeldine, SCCS Director, said: “To stay on track in the ‘high ambition coalition’ of leading nations agreed in Paris climate talks, the UK needs to do a lot more on UK electricity, and a lot more on UK low-carbon industry and low-carbon heat. But now this government is doing a lot less. There is no sign yet that facts, unbiased scientific evidence and rationality are regarded as more important than lobbying by corporations and colleagues wishing to take the UK back to the 1960s energy mix. It’s a choice between spending £40 per household in 2016 or spending £200 per household each year from 2050. We can afford it.”

Through delaying CCS development for at least 10 years, the UK will fail to demonstrate the commercial-scale operation of CCS on gas power plant and, additionally, will fail to demonstrate the collaboration of different types of companies in the UK’s uniquely disaggregated electricity market. It will also fail to build the first geographic centres of pipeline infrastructure essential to transport CO2, and will fail to demonstrate the secure integrity of UK geological storage of CO2. This means that, even if the UK attempts a future “buy in” of CCS capture equipment from the US, China or Canada, there will be many years of recovery time, rebuilding and re-skilling of people and infrastructure, which are right now being lost through decommissioning of the North Sea offshore industries.