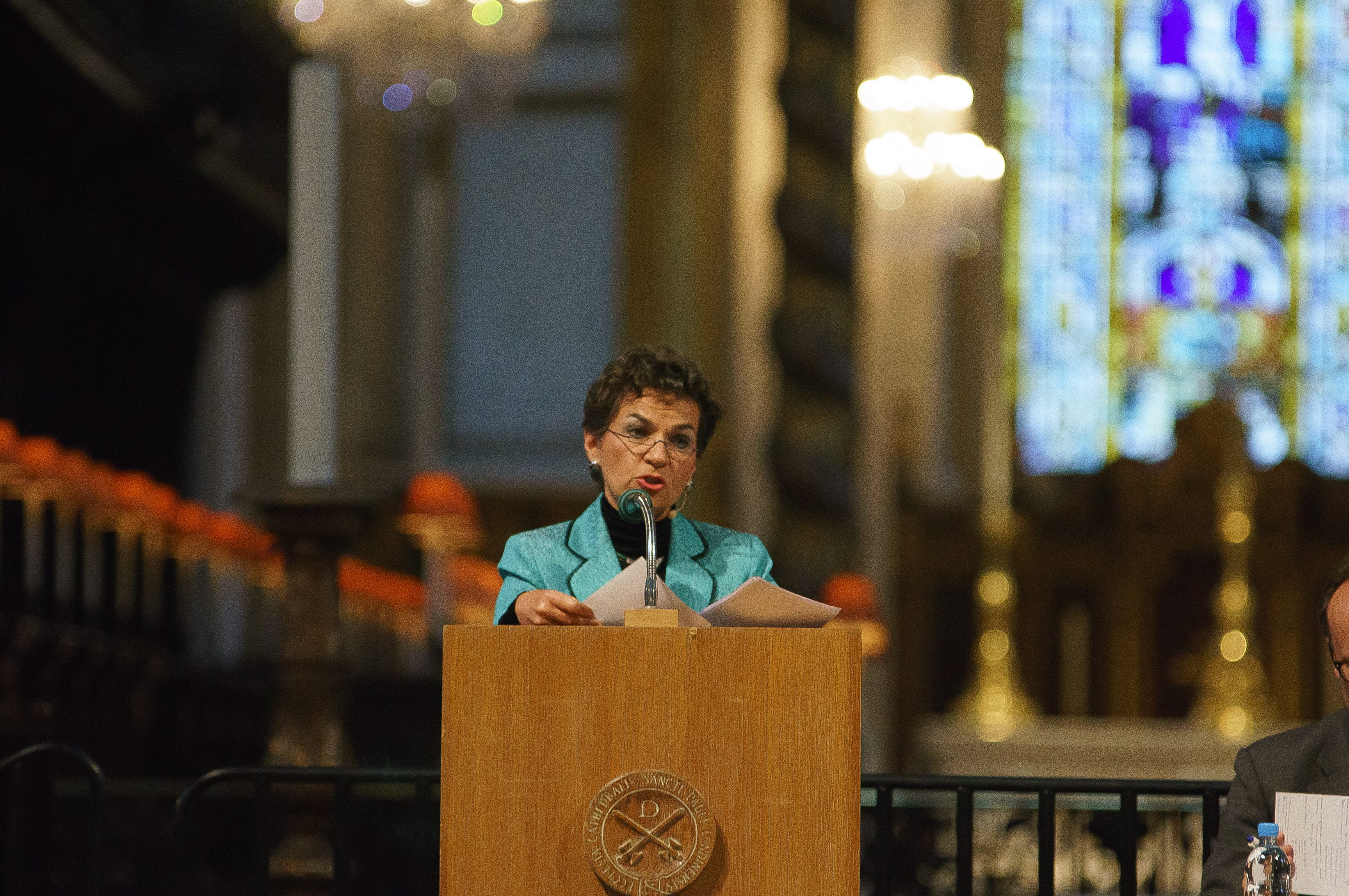 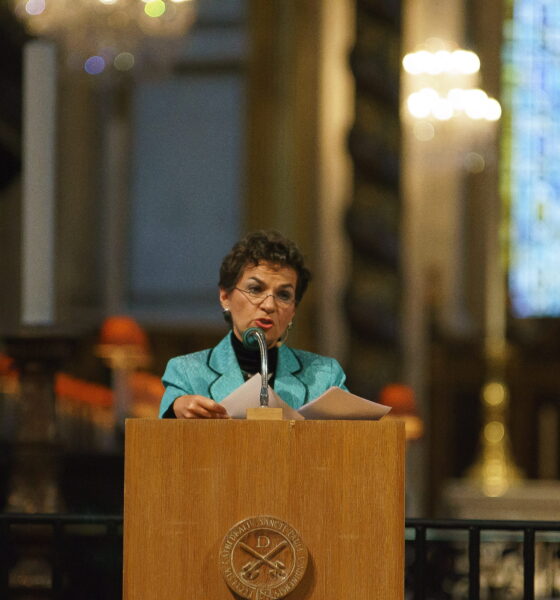 UN climate chief Christiana Figueres has called for a global mindset strong enough to “make tough decisions because we know it is the right thing to do”, in the face of challenges posed by climate change.

Speaking at an event at St Paul’s Cathedral in London on Wednesday evening, she said “tough love” on matters relating to investment, policy and technology would help people get to grips with the scale of the threat.

She spoke about the will for action, and urged people to show “love for ourselves, our children and their children, love for our neighbours across the globe, [and] love for our common home, the Earth”. Figueres said that this was the key to a successful outcome on climate change.

Her comments came on the same day that she called for faith groups to take the lead on the environmental crisis in an article for the Guardian.

In a keynote speech, Figueres, the executive secretary of the UN Framework Convention on Climate Change (UNFCCC), said, “We are the first generation to understand the consequences of a high-carbon economy on the planet, on future prosperity and in particular on the most vulnerable around the world. Let us be the generation that accepts the responsibility conveyed by that knowledge.”

She called for the “ethical foundation” of our society, and its moral compass, to be set in relation to climate change – in the same way as it has been for slavery and apartheid.

Standing under the three domes at St Paul’s, she added that the building had been integral to major social movements of the past, and that climate change – “the most daunting challenge of the 21st century” – should be its next focus.

Figueres – who has spoken out about the risks of high-carbon investments previously – also said that investors were now requiring companies to report on climate risk. She noted how $1 trillion had been invested cumulatively in renewables – a “step toward” the annual $1 trillion required to make the transition to a low-carbon economy.

The St Paul’s event was described as a “throat-clearing exercise” for concrete action on climate change by panel chair James Jones, former bishop of Liverpool. Figueres was joined by three panellists, who each offered different perspectives on the issue.

The UK government’s former climate and energy security envoy Neil Morisetti described climate change as a “threat multiplier” – in that it will make existing challenges like poverty and social unrest much worse.

Peter Pereira Gray, managing director of the health charity the Wellcome Trust’s investment division, said that divesting from fossil fuels was not the answer. He added that because so many people depend on oil, gas and coal, technological innovation by the big energy companies had to be part of the solution.

But the author and environmentalist Tony Juniper rebutted Pereira Gray’s assertion, saying that the necessity of fossil fuels was a narrative created by the industry itself.