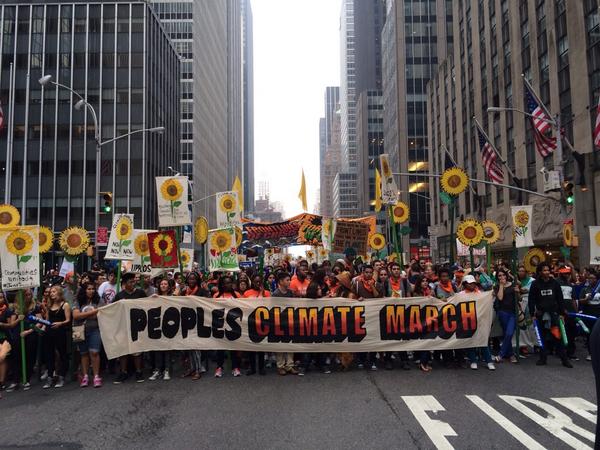 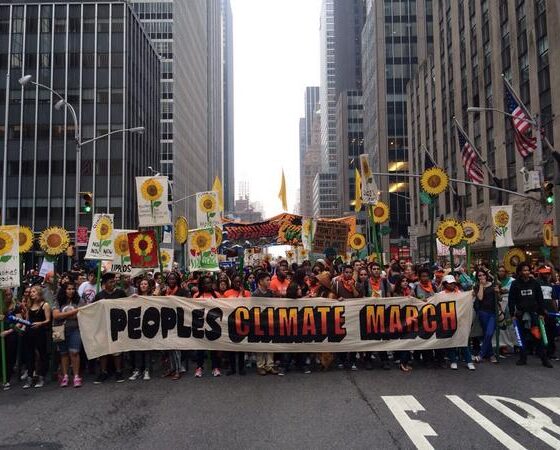 Today, in New York, world leaders will meet to discuss our warming world. The one-day summit has been convened to pave the way for success in a crucial UN climate conference in Paris next year.

Those talks, to be held in 15 months’ time, increasingly look like our last chance to establish a meaningful global accord to curb greenhouse gas emissions.

In the largest ever demonstration of its kind, around 600,000 people joined more than 2,600 events and rallies in 156 countries on Sunday to demand such action.

In New York, more than 310,000 people took to the streets. In London more than 30,000 marched, united with more than 25,000 in Paris. From Aleppo to Melbourne and Delhi to Rio, people marched together for environmental justice.

No deal will be signed in New York, but if the Paris conference is to succeed, leaders must start the ball rolling today. From this week it is possible to imagine two distinct scenarios emerging.

First there is the nightmare scenario. A world of runaway climate change. Temperatures would rise anywhere between 4-6C by the end of the century; our weather would become ever more extreme, and sea levels would rapidly rise.

Species, ways of life, cities, and even entire islands would be lost.

Climate change would create hunger and drought, breeding new hotbeds of extremism and war. It would hit hard economies across the world, as all credible estimates reckon the cost of unabated climate change to be higher than the cost of preventing it. And it would hit the poorest hardest of all.

Then there is the alternative. A world powered sustainably with renewable energy, with a stable climate and economies that respect the planet’s limited resources. A world secured with an uncompromising global pact.

It is possible, perhaps even likely, that the post-Paris reality will be somewhere in between – with an unambitious global deal that limits the chaos but does not do enough to stop our climate being irreparably damaged.

But on our current course, scientists fear the worst-case scenario will be locked in within the next few decades. Experts warn that the window of opportunity is closing fast. This is why we must act now.

It may be our representatives in New York and Paris who author and enforce the global deals, but governments, businesses and civil society each have a crucial role to play in stopping climate change.

As long as citizens appear apathetic towards the climate challenge, and pessimistic about our chances, so will our politicians. We must all stand up and be counted.

You do not have to take to the streets to be counted. You can invest your wealth responsibly. You can move your money to a bank that uses it more ethically. You can buy locally sourced or fair trade products.

You can drive a greener car, catch the bus, take the train, or walk. You can take a sustainable holiday.

You can support a community energy scheme. You can invest in a solar farm or wind turbine. You can switch to a green energy supplier. You can insulate your home.

You can hold your politicians to account for their unsustainable policies and inaction. You can donate to or volunteer for an environmental charity.

And whatever you do to be sustainable, shout about it. As marchers proclaimed in all corners of the world on Sunday, “it will take everyone to change everything”.