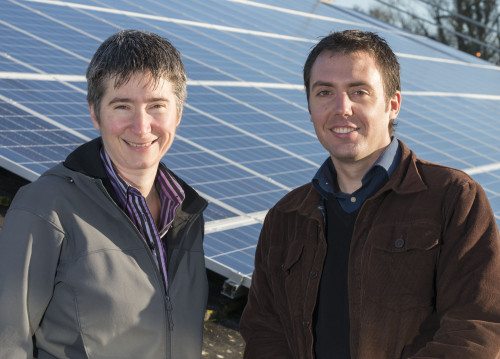 The University of Brighton has installed 663 new solar panels that will reduce its carbon emissions by more than 82 tonnes – the equivalent of 37 UK households’ annual electricity consumption. The £200,000 installation, at its campus in Falmer, puts it among the top universities in the UK for on-site renewable energy.

The panels, on the roofs of Westlain House, Mayfield House and Falmer Library, are expected to meet 7.5 per cent of Falmer’s electricity demand, generating over 173,000 kWh of clean, renewable electricity a year. The installation was completed in record time to benefit from a higher ‘Feed-in Tariff’ subsidy – a Government initiative which provided a financial incentive for electricity produced from renewable sources, but which has been cut by 70 per cent for solar PV arrays installed after 15 January. To safeguard an additional £200k income for the university over the next 20 years, the PV installation was brought forward following the announcements of the cuts, and swiftly completed before the feed-in tariff deadline.