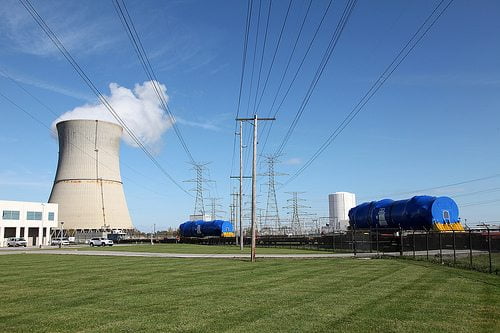 FirstEnergy, one of the largest investor-owned electricity suppliers in the US, has agreed to assess its carbon emissions, after shareholders asked the company to become more sustainable.

The Ohio-based firm owns 10 distribution companies that serve more than 6 million customers in the mid-west and mid-Atlantic regions of the US. Their shareholders include the Connecticut and New York state pension funds – the latter owning shares in the company worth $38m.

Now, shareholders have put pressure on FirstEnergy – which largely relies on coal as an energy source – asking it to disclose its carbon emissions and take significant steps to reduce them. This follows Barack Obama’s plea to cut greenhouse gas emissions by 17% by 2050.

New York State comptroller Thomas DiNapoli, the state of Connecticut and corporate social responsibility advocacy group As You Sow, which has urged FirstEnergy to cut emissions, said that they hope other energy companies will follow suit.

“Many of our energy holdings obviously have been very profitable for us in the short run”, DiNapoli said.

“What we’re trying to ensure is that in the long run that profitability is sustainable. We do see tremendous risk if issues of climate change are not incorporated into corporate strategy.”

Spokesperson for FirstEnergy Stephanie Walton told the New York Times, “The company has aggressive plans in place to further reduce emissions into the future. In response to shareholder interest, FirstEnergy has agreed to provide additional transparency by outlining these plans in its 2014 Sustainability Report, which will be published later this year.”

The CDP, formerly known as the Carbon Disclosure Project, recently revealed that it had seen an “exponential increase” in the number of investors requesting companies to do more to reduce their carbon emissions and factor in climate risks.