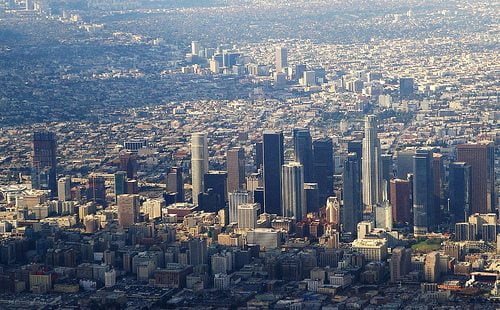 The mayors of 10 US cities have joined forces in an effort to promote energy efficient buildings, saying that reducing waste could lower energy bills by $1 billion (£605m) and cut up to 7m tonnes of carbon emissions annually.

The City Energy Project (CEP) has been launched by the Natural Resources Defence Council (NRDC) and the Institute for Market Transformation.

Its organisers say the initiative would cut pollution equivalent to around 1.5m passenger vehicles every year and save $1 billion (£605m) on energy bills.

Chicago mayor Rahm Emanuel said, “More energy efficiency means new jobs and continued economic growth, and a more sustainable city, which will lead to a further increase in the quality of life for the people of Chicago.”

The initiative is funded by a partnership with former New York City mayor Michael Bloomberg’s foundation Bloomberg Philanthropies, as well as the Doris Duke Charitable Foundation and the Kresge Foundation.

Bloomberg, who worked hard to improve energy efficiency and sustainability during his administration, commented, “The City Energy Project will bring the significant economic and environmental benefits that energy efficiency has to offer to other cities – and accelerate progress by helping them learn from each other’s successes.

“New York City’s sustainability efforts are a major reason our greenhouse gas emissions are down 19%  since 2007 and our air is cleaner than it has been in more than 50 years.”

Buildings are the single largest source of emissions in the US – generating 40% nationwide but the proportion is even higher in large cities, where up to 75% of emissions can come from buildings.

Laurie Kerr, Director of the City Energy Project at the NRDC said, “These mayors are showing there is the political will to put people to work to build a healthier, more prosperous future for America’s cities.

“In the face of a changing climate and increasingly extreme weather, they know they must act now to make their cities more resilient and sustainable.”