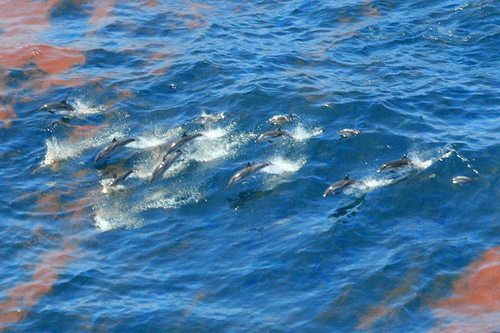 Research by the National Wildlife Federation (NWF) has revealed that many species, including bottlenose dolphins, sea turtles, oysters and sperm whales, are still struggling to recover from the 2010 oil disaster in the Gulf of Mexico.

The report said that nearly a thousand of dolphins died or were found dead in the affected area since 2010, while others in Louisiana presented lung problems that scientists have linked to the oil spill. Oysters fertility has been lower than average since the disaster, while 500 dead turtles have been found in the area since the episode.

Scientists have also observed health defects in tunas, which they say are also due to oil contamination. Meanwhile, NWF said that sperm whales from the Gulf of Mexico show higher levels of metals than whales elsewhere in the world.

Doug Inkley, senior scientist at NWF, told a conference call that much of the effects that the 2010 spill had on the Gulf’s ecosystem four years on is still unknown.

However, he added, “The science is telling us that the impacts of this are far from over. Let’s be clear: no matter what BP or others are telling you, the oil is not gone. There is oil on the bottom of the gulf, oil is washing up on the beach and there is oil in the marshes.”

He added that in Alaska, many species have not yet fully recovered after more than 20 years from the Exxon Valdez spill.

BP has issued a statement saying that the report was “a piece of political advocacy – not science. It cherry picks reports to support the organisation’s agenda”.