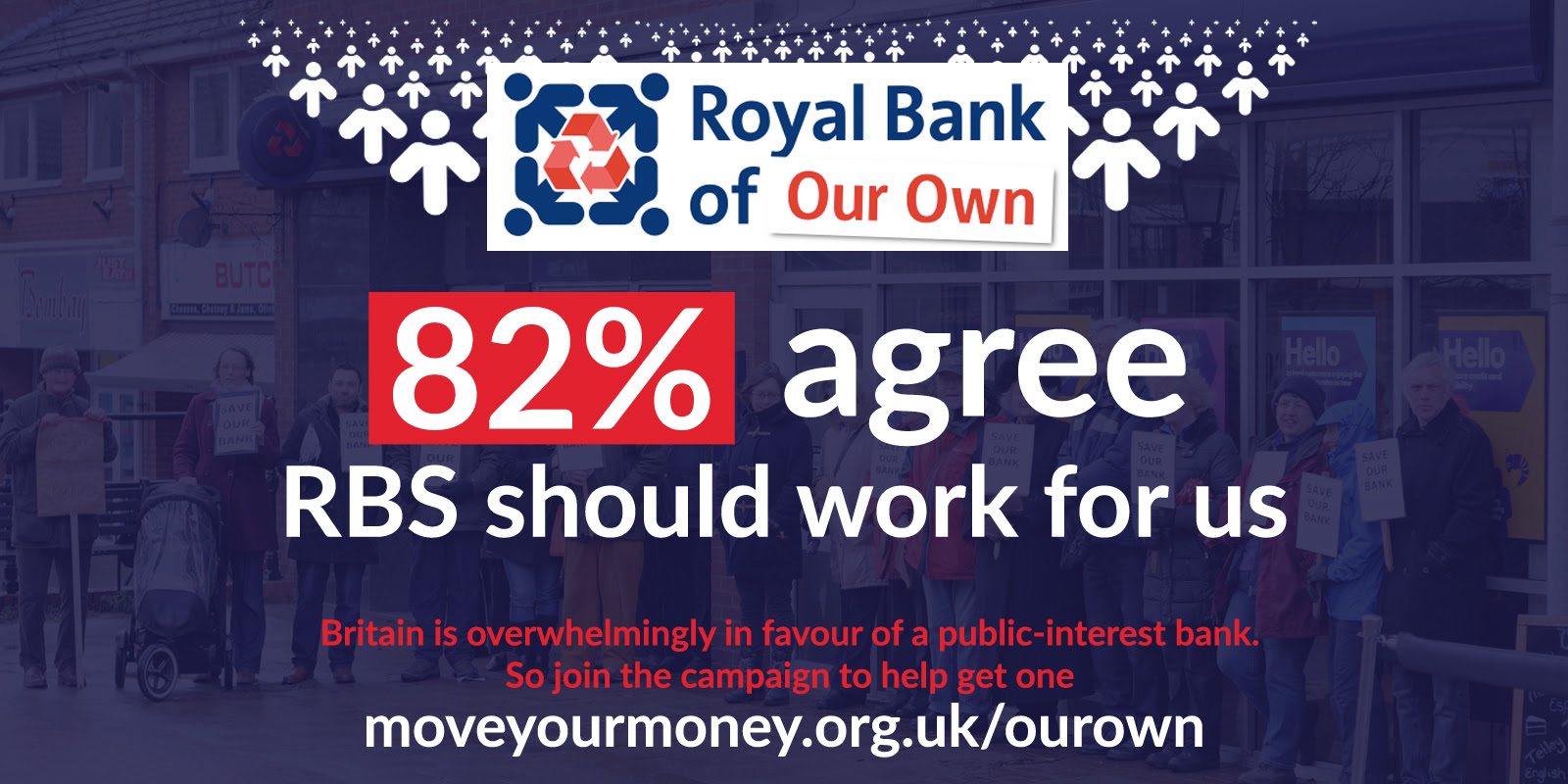 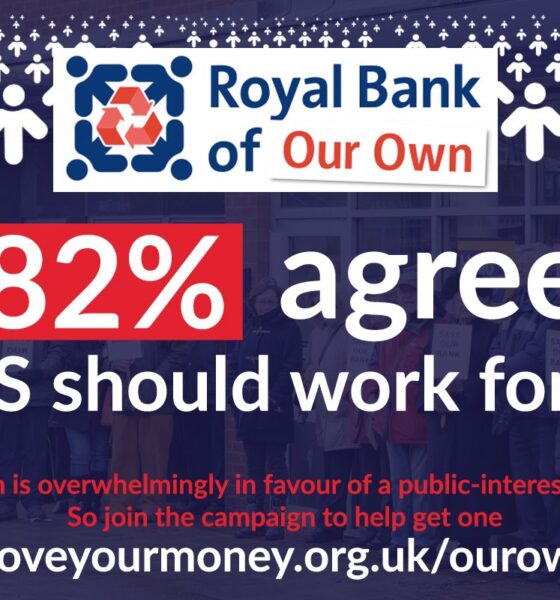 RBS bank today announced new provisions for litigation and mis-selling compensation, totalling £2.5billion in the latest blow to Britain’s biggest lender.
The news sent RBS shares tumbling to 250p, their lowest level since 2012. Responding to the news, Fionn Travers-Smith, Campaign Manager for Move Your Money, said “These latest losses for the taxpayer show that it is time for a dramatic rethink on what to do with RBS bank.”

Todays announcement is the latest demonstration that the public will never get our bail-out money back through mis-guided, reckless and loss-making share sales. 82% of the public want RBS to work in the interests of society, instead we’re getting more broken promises and bank rewards for failure.

Instead of watching aghast as the share price tumbles further down the bargain basement, the Government should use our investment in RBS to reshape the bank into one that serves businesses and communities. Anything less would be a travesty for our economy and a failure of governance for our society.”

The news comes barely months after MPs debated the future of the bank, where dramatic losses to the public purse were derided and alternative options for the future of RBS given serious consideration.

Speaking at that debate about the Government decision to sell RBS back to the private sector, Labour MP for West Bronwich West, Adrian Bailey, said “As it currently stands, the policy decision [to sell RBS] is based on political expediency, rather than the needs of the economy or the stated objectives of Government policy. Indeed, it actually contradicts elements of Government policy.”

Last year a poll by Populus for Move Your Money showed that 58% of the public opposed the sale of RBS back to the private sector, whilst 67% called for a full review into the future of the bank instead.