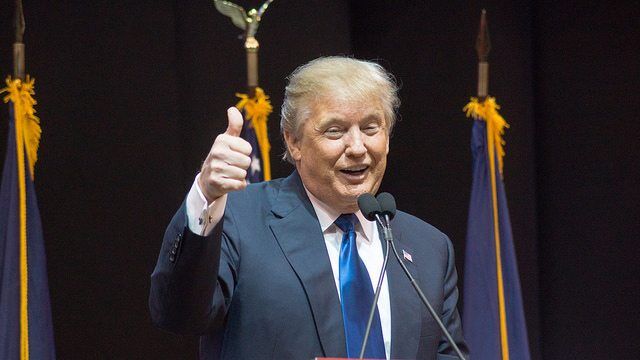 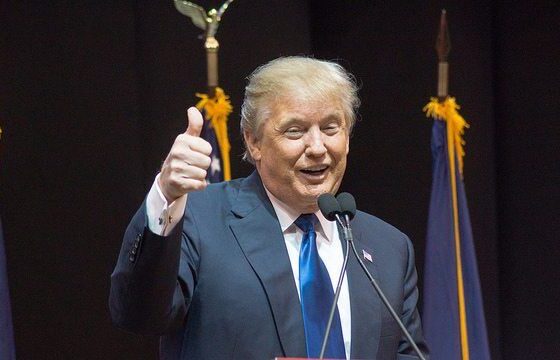 President Trump can learn from Britain’s strong employment record as he looks to make good on his promise to be “the greatest jobs producer that God ever created”, according to a new Resolution Foundation report published today (Monday) as the new President starts his first day on the job.

With the US and UK seemingly moving in step politically by rejecting the “establishment” and voting for significant change in elections last year, You’re hired! looks at the labour market performances of the two countries to see whether they share a similar economic story too.

The report finds that economic performance has been very different on the two sides of the Atlantic, both in the recent past and over the last few decades. While the US has outperformed the UK since the crisis on GDP growth and productivity, its record on converting that into rising living standards is much more mixed compared to the UK, despite neither having a strong recent record on incomes.

The reports finds that since 2008 US income growth has been primarily driven by pay. In contrast, the stronger and more equally shared income growth in the UK has been underpinned by rising employment, which is now at a record high of 74.5 per cent. Despite 75 months of continuous jobs growth under President Obama, employment remains 3 percentage points below pre-crisis levels.

The report finds that the poor employment performance in the US reflects a concerning long term trend of falling participation in the labour market among prime age (25-54) workers. Previous analysis by the Resolution Foundation found this played a role in last November’s election result.

The growing gap in employment performance between the countries now means that if the US had the same employment rate as the UK, 11 million more Americans would be in work.

The labour market participation rate (measuring those either in or looking for work) has been falling among men in the US for 60 years now and is an issue which President Trump correctly identified during his campaign. Even more surprising however, and less regularly focused on by the candidate Trump, has been the drop in participation among women since 2000. Over the same period, prime age female participation in the UK has risen by 4 percentage points, even during the downturn.

The Foundation says that President Trump’s focus on getting jobs back in traditionally male sectors such as manufacturing and mining risks missing a trick as there are even bigger job gains to be made by helping more women into work. And while the UK has long looked to the US for lessons on how to boost productivity, for example by trying to replicate its success in the digital economy, the US should be doing more to learn from the UK’s strong record on employment, and on increasing female participation in particular.

The Foundation points to three key mutually reinforcing UK policy successes over the last 20 years that the US should look to emulate (and that UK policy makers should not forget). These are:

• Raising the expectation of work: Tying unemployment benefits to actions such as job searching, combined with training and support to improve employment prospects, has encouraged more people to find work.

• Making work pay: More generous tax credits and a much higher minimum wage than in the US have boosted incentives to work in low and middle income households and helped drive worklessness down to a record low of 14.9 per cent.

• Boosting the support for work: Increases in maternity leave and support with childcare costs have enabled more women to return to work after having children. Recent research has found that the lack of US policy action on this accounts for a third of the divergence in female participation between the US and other advanced economies.

You’re Hired! shows that the countries’ contrasting labour market performances have also driven a big divergence on inequality, which has been broadly flat in the UK since the late 80s while continuing to rise in the US.

“President Trump wants to make America great again. Doing that requires one thing above all else – jobs. A country once envied around the globe for its employment performance now simply has too many people left out of the world of work, hitting incomes and driving up inequality.

“Despite far too widespread fatalism, there is nothing inevitable about these trends. The UK has plenty of its own living standards challenges but it has seen employment increase to record highs –and it is policy action that has made that happen. If Donald Trump wants to deliver on his promise to be ‘the greatest jobs producer that God ever created’, learning some of the lessons of the UK’s experience would pay more dividends than building walls or reducing trade.”

“The anti-establishment votes for Brexit and Trump last year suggest that the US and UK are to some extent moving in step politically, as we have done for much of our post-war history. But there are striking differences between the UK and US economies, especially when it comes to getting people into work. Had the US matched our recent employment performance, 11 million more Americans would be in work. Similarly, had we experienced US-style pay growth we’d be £30 a week richer today.

“As President Trump starts his plan to Make American Great Again there are important lessons he can draw upon from the jobs success of Britain. These range from higher minimum wages and tax credits to make work pay, tochildcare support to boost female employment.

“These pro-employment policies have the added benefit of helping to tackle inequality – another pressing issue that the new President faces.”