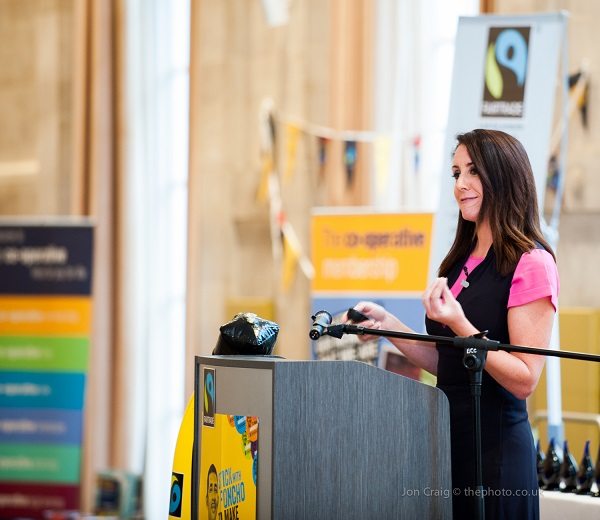 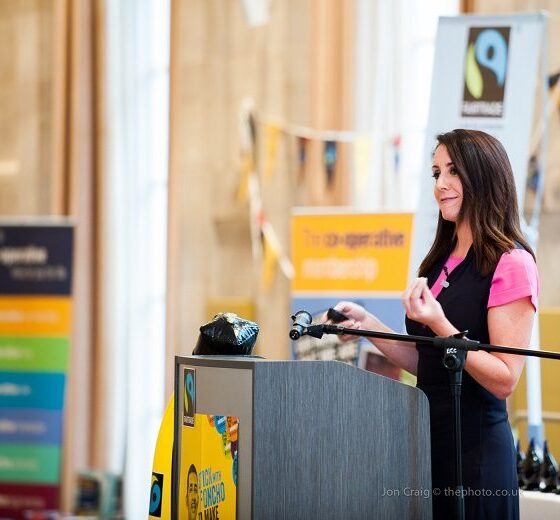 Lucy Siegle answers 20 questions on life, sustainability and everything.

A columnist with the Guardian and Observer and reporter on programmes like The One Show and Radio 4’s From Our Own Correspondent, Siegle is the brains behind the acclaimed Observer Ethical Awards, which took place last week in London.

She was appointed a visiting professor in sustainable and ethical fashion at University of the Arts London in 2008 and is the author of three books, most recently 2010’s To Die for: Is Fashion Wearing Out the World?

To convince everybody they have a vested interest in fighting for the environment – however disenfranchised they feel.

At five I told my mum I wanted to be a dinner lady – I liked the tabard. Then I wanted to be in a symphony orchestra as I was very musical. Now, I have a dream of working for the Falmouth coastguard. I filmed there and it was pretty cool. They have co-ordinated rescues from every corner of the globe. They have an obligation to rescue British subjects carrying their distress device from anywhere in the world. That is an incredible responsibility. They are under threat from budget cuts. One day I’ll grow up…

Depends which ones you ask. Bossy (even on holiday) but very loyal.

It was more of a drip, drip, drip effect! Having been brought up to really love the natural world and think about resource use – especially through my grandad who was from a working class background in Bootle, Liverpool (proving that it’s nonsense that eco issues are only for wealthy or landed gentry) – I’d let it all slip.

I had friends who were much more politicised when I was about 16/17 and part of the rave/reclaim the streets movement and learned a lot about anti-corporate politics. Then of course there was No Logo. Ultimately however I found it all a bit hairy hippie until I saw businesses who were trying to normalise different ways of doing things: Neal’s Yard, Riverford, that sort of thing. I realised I could use my skills as a journalist/writer to pursue things I really cared about.

Last Wednesday was the Observer Ethical Awards so I have a long list of people who inspire me. I found many of the shortlisted entrants incredible especially Anne Power, a protestor who at 82 is one of the figureheads at the Barton Moss campaign, loves the ‘wit and energy’ of the younger campaigners. Frank Hewetson of Greenpeace, one of the so-called Arctic 30, spoke and was particularly inspiring.

Those guys have an extraordinary amount of responsibility on their shoulders, taking idealistic protestors into increasingly dangerous confrontations. I admire their judgement and courage. I have so much respect for people who make stuff with love and care and attention. (See my favourite quote below!).

Proselytising idiots who can’t see the bigger picture – especially green ones. People who don’t understand the role of impartiality in journalism or the importance of mainstreaming. They set environmental causes back by about 100 years.

A run, and a bit of South Devon beach. Lots of food. I spend many of my days in this way.

Well the other day I swear I saw the end of a weasel’s tail. I have also found weasel droppings on a bird table. I am totally obsessed. But mostly my home is my sister’s home in South London. Mainly squirrels and roses.

What money? Really well-made clothes. These are my downfall.

I just went to Iceland for work – amazing work – to interview Bjork. Now I want to go and see the plate tectonics shift at Thingvellir.

Portrait of the Artist As A Young Man by James Joyce. I grew up four doors down from one of Joyce’s many houses in Bray, Wicklow, where the Christmas dinner scene is set.

Hand over to someone more strategic. I don’t like politics.

I think Ray Mears would be helpful.

I love unnecessary advice. When I was moving to London to university as one of the squarest teenagers anybody has ever met, a friend of my parents rushed around to warn me I must never get into crack cocaine. I’ve always found that hilarious.

I don’t do plans unless it’s for clothes; I don’t buy anything that I can’t commit to wearing at least 30 times.

I would’ve loved to have edited a really cool, mainstream sustainability publication. Was on the verge, but then came the financial crisis!

Compost. It’s a gateway to all sorts of behavioural change.

I think the circular economy has enormous potential. But I also really liked the idea of personal carbon budgets – that died a death.

Wendell Berry’s warning to us all. I take it very seriously and it informs a lot of what I do, including a shop, Siegle & Co, that my husband set up to sell the work of real craftsmen and reinstate the links between producer and consumer.

Lucy Siegle is a journalist focusing on the environment, sustainability and ethics, and is the founder of the Observer Ethical Awards.