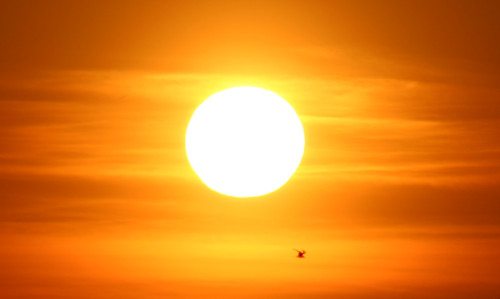 2015 Warmest Year on Record – Friends of The Earth Reaction

Commenting on provisional figures released today showing that 2015 was the warmest year on record, Friends of the Earth senior climate campaigner Simon Bullock said “Extreme weather such as floods, droughts and storms are already battering the planet – and climate change is making them more frequent and severe.

“The UK Government must play its part in achieving this by ending the nation’s reliance on the coal, oil and gas which are fuelling climate change.

“The 20th century was fossil fuelled, but the 21st must be powered by renewables. The UK Government should stop living in the past and build a clean energy system fit for the challenges of the future.”

Friends of the Earth is urging the Committee on Climate Change to update its advice to the UK Government so it is based on the UK playing its part in keeping global temperature rises below 1.5 degrees.

In response to the news that last year was the warmest on record, Daisy Sands Greenpeace Head of Energy campaign said “It was the hottest year on record last year, and there are simply no excuses left to justify why we wouldn’t take urgent action to tackle climate change now. After the Paris conference, the UK government needs to catch up with the rest of us in the 21st century and make smarter choices about investing cheap, homegrown renewable energy that will combat the problem of climate change.”