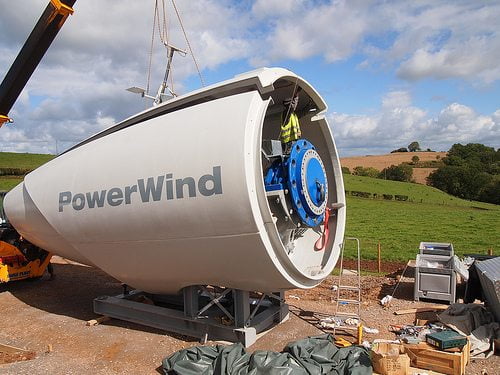 Community renewable energy platform Abundance Generation is giving away a £250 share of a wind turbine as part of Wind Week 2013 (June 8-16).

The winner will be the person who can most accurately guess the amount of energy produced during Wind Week by the 500 kilowatt (kW) turbine at Great Dunkilns in the Forest of Dean – Abundance’s first successful project that attracted £1.4m of investment.

The initiative is part of the celebration for the Wind Week, which runs from 8 June to 16 June and will culminate in the Global Wind Day on 15 June.

Bruce Davis, Abundance’s co-founder who featured in Blue & Green Tomorrow’s Guide to Limitless Clean Energy 2013, said, “Wind Week is an important opportunity for the public to hear more of the facts behind the value of generating clean renewable energy through harnessing the UK’s huge wind resource, and our competition highlights just how easy it is for people to participate actively in supporting its development while gaining an inflation-beating return on their investment.”

The Resilient Energy Great Dunkilns (REGD) wind turbine in Gloucestershire was constructed in 2010 thanks to crowdfunding service by Abundance and has generated 500,000 kilowatt hours of electricity since October 2012.

Developer REGD, which boasts Co-operative Energy among its purchasers, will give the winner a return according to the share of the revenues generated by the production of wind energy.

People can enter the competition online and win the £250 share of the turbine, plus a weekend stay for two people in a local hotel with the possibility of visiting the turbine.