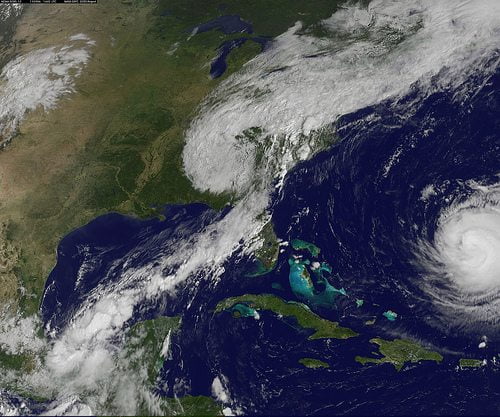 Aeronautical firm Airbus has won a contract to build Europe’s next generation of satellites, which it hopes will improve forecasts of major storms and extreme weather events.

The polar orbiting satellites will gather information using advanced sensors to build profiles of atmospheric conditions that will give forecasters a more diverse range of information in predicting the weather.

Airbus’s success was announced at a meeting of the European Space Agency’s (ESA) Industrial Policy Committee (IPC), and the contract is expected to be signed by both the ESA and Airbus in the coming weeks.

The Metop series, as the satellites are known, has significantly improved the ability of meteorologists to predict weather patterns.

ESA programme manager Graeme Mason told the BBC, “Metop first generation has established itself as an essential series of satellites for weather forecasting. It gives the most detailed measurements from space for such purposes.”

He added, “The first objective of the second generation (SG) is simply to continue the observations without a gap because we cannot do without them. But we want also to improve the measurements – to improve the resolution, to see finer details in the atmosphere.

“And the third objective is to make additional measurements, and we’ll be flying a couple of new instruments.”

The enhanced data is expected to be worth billions each year to the European economy, with lives saved and damage caused to property, as it will provide authorities and governments with the appropriate timescale in which to prepare for extreme weather events.

Extreme flooding, severe winds and heavy rainfall at the beginning of this year led to the wettest winter in 250 years. It cost insurers £6.7m a day, with the estimated total cost at £446m. It is also believed that the flooding could potentially cause large scale vandalism to the UK economy, with worsening climate change set to escalate the damage caused.

Photo by NASA Goddard Photo and Video via Flickr