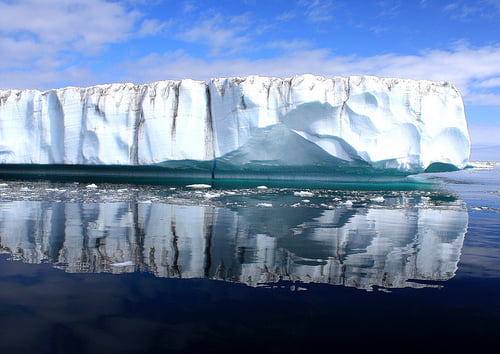 The Arctic is found to have surpassed a number of records in 2012, including for sea ice loss, snow cover and Greenland ice sheet melting, according to a US scientific organisation.

In this year’s Arctic Report Card, the National Oceanic and Atmospheric Administration (NOAA) lays out the extent to which the polar region has been affected by an increasingly warmer climate, saying that the records have been broken “even though air temperatures in the Arctic were unremarkable relative to the last decade”.

“The Arctic is changing in both predictable and unpredictable ways, so we must expect surprises”, said Jane Lubchenco, under secretary of commerce for oceans and atmosphere and administrator at NOAA.

“The Arctic is an extremely sensitive part of the world and with the warming scientists have observed, we see the results with less snow and sea ice, greater ice sheet melt and changing vegetation.”

Earlier this year, researchers at the National Snow and Ice Data Center (NSIDC) in the US found that the Arctic sea ice cover was at its lowest  ever point, followed shortly after by confirmation of further melting in the region.

After combining data, a comprehensive study conducted by a coalition of 47 scientists from 26 laboratories recently found that increased ice melt in Greenland and Antarctica had caused sea levels to rise by 11mm.

“Popular perceptions of the Arctic as a distant, icy, cold place that has little relevance to those outside the region are being challenged”, said Martin Jeffries, co-editor of NOAA’s 2012 Report Card.

“As snow and ice retreat, the marine and terrestrial ecosystems respond, and talk of increased tourism, natural resource exploitation, and marine transportation grows.

“The Arctic Report Card does a great service in charting the many physical and biological changes.”

As well as revealing the worrying decline of ice in the region, NOAA’s study also concludes that vegetation, wildlife and the ocean have been severely affected by the changing climate.

Arctic tundra is found to be getting increasingly green, while the Arctic fox is reportedly nearing extinction. Meanwhile, sea surface temperatures continue to out-warm long-term averages.

“As the sea ice and snow cover retreat, we’re losing bright, highly reflective surfaces, and increasing the area of darker surfaces—both land and ocean—exposed to sunlight.

“This increases the capacity to store heat within the Arctic system, which enables more melting—a self-reinforcing cycle.”