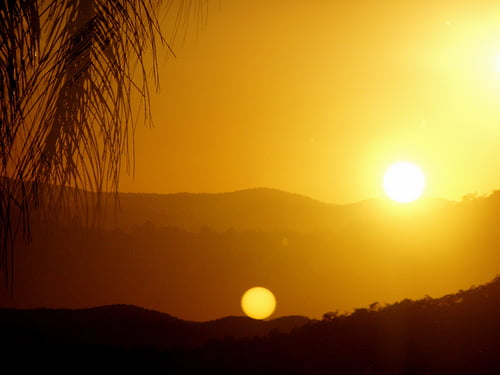 The last 60 years have been the hottest on record in Australasia for a millennium, with the latest scientific climate study claiming the statistic is down to anthropogenic global warming.

The new report from scientists at the University of Melbourne suggests that the reasons for the rise in temperature cannot be explained by natural causes.

The scientists, who have produced the report in support of the case for a reduction in human-caused carbon emissions, used natural data from 27 climate indicators calculated in 3,000 different ways. These included tree rings, corals and ice cores to map temperature trends over the past 1,000 years.

Appearing in the Journal of Climate, the study will form part of the Australasian region’s contribution to the fifth Intergovernmental Panel on Climate Change (IPCC) assessment report.

Lead researcher, Dr Joelle Gergis, said the results show that there are no other warm periods in the last 1,000 years that match the warming experienced in Australasia since 1950.

“Our study revealed that recent warming in a 1,000 year context is highly unusual and cannot be explained by natural factors alone, suggesting a strong influence of human-caused climate change in the Australasian region”, said Gergis.

The study is part of a global collaboration, Past Global Changes Regional 2K initiative (PAGES), which is working to reconstruct the last 2,000 years of climate across every region in the world in order to reduce uncertainties associated with future climate change projections.

Collaborators include the Climate Change Research Centre and the ARC Centre of Excellence for Climate System Science, University of New South Wales, where the climate modelling was conducted.

The study was funded by the Australian Research Council, Federal Department of Climate Change and Energy Efficiency and PAGES.

The study adds more credence to the notion that humans are having a direct and negative impact on the planet, but one of the best ways to tackle this head on is by opting for investments that are sustainable and leave a positive mark, not a harmful footprint on the planet.

Read Blue & Green Tomorrow’s Guide to Sustainable Investment to find out more about it.