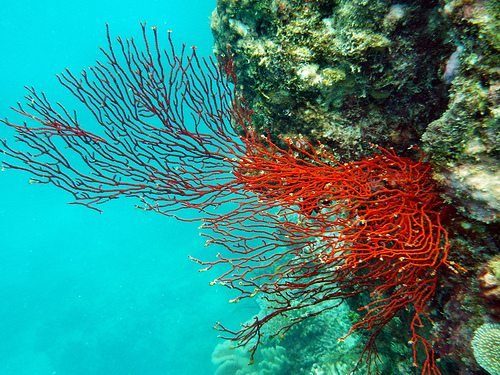 The coalition has announced a $40 million (£23m) trust fund to promote the maintenance of the Great Barrier Reef and tackle poaching and illegal fishing, but environmental groups say more needs to be done.

Whilst the country is waiting for next Saturday’s general elections, the Australian government has approved a protection policy for one of the country’s top natural beauties and the world’s largest coral reef system, the Great Barrier Reef.

The Reef is facing several threats. Climate change is warming oceans and causing coral bleaching, which completely alters the ecosystem. Pollution, mainly due to farm runoffs, is severely affecting water quality, while overfishing has impacted on the food chain, breaking the reef balance.

The new policy will look at improvements on coasts, the reduction of crown-of-thorns starfish, a destructive species for the reef that rely on coral polyps, and a crackdown on environmental fines for poaching, especially related to turtles and dugong hunting.

The Australian Marine Conservation Society (AMCS) has recognised positive elements of the new measure but added that the real threat is industrialisation.

Felicity Wishart, the Great Barrier Reef campaign director for AMCS said, “The new emerging threat to the Reef’s coastline is mega port development, dredging, dumping and increased shipping. The public knows it. UNESCO knows it. Scientists know it. And fishermen know it. But the Coalition has ignored this.”

“The Coalition has been promising a far reaching vision for over a year to address the concerns of the World Heritage Committee. This policy has fallen short, but there is still time.

“A commitment to ban dumping of dredge material in the Reef’s waters would make the Coalition’s Reef policy one worth celebrating,” Wishart added.

The AMCS has urged the next government to increase protective policies for Australian ‘spectacular oceans’.