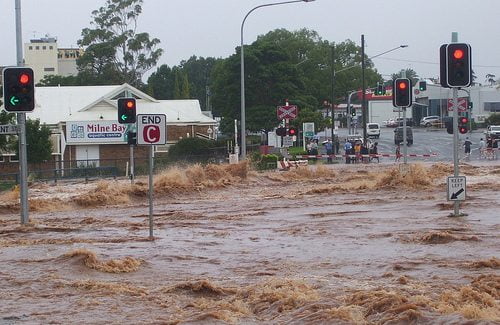 A cross-party committee in the Australian Senate has warned that urgent reform is needed to protect the country from the consequences of climate change.

The panel, which includes members from the Labor, Coalition, and Greens parties, reference evidence linking climate change to extreme weather events such as heatwaves and floods.

Its report offers a scathing review of the government’s current measures to deal with natural disasters. The committee says, “Existing plans are frequently unimplemented and preparations are uncoordinated. These failures must be sheeted home to the Commonwealth.”

The Australian Greens add, “We believe the committee should condemn the government for its failure to lead and coordinate efforts to prepare for and recover from natural disasters and extreme weather events.”

They recommends that several measures be taken to prepare Australia for further events, including co-operation between authorities and community services to formulate disaster strategies and for reliable flood mapping to be carried out.

Speaking to the Guardian, Christine Milne, the leader of the Greens, said, “Local governments aren’t changing planning schemes fast enough to prevent people building on floodplains. And we still haven’t got to the point where either of the old parties have a consistent, precautionary approach to climate change.”

The Greens requested the committee after the Queensland floods of 2010 and 2011. These events forced the evacuation of thousands of people, with over 200,000 affected. The damage caused is estimated to have cost $2.38 billion. Meanwhile, 38 people were confirmed dead, with a further six missing.

Milne added that a lesson must be learnt from this disaster.

“Raising one-off levies, like we did for the Queensland floods, reinforces the idea that these are just one-off events that we don’t have to plan for”, she said.

“The human toll and the infrastructure toll shows that it makes sense to spend money up front for mitigation, in order to save money and lives in the long-term.”

The report concludes by also stressing the importance of reducing greenhouse gas emissions to prevent further harm. The committee says, “In reality […] it is not possible to consider climate change adaptation without recognition of the need to urgently reduce emissions.”

Meanwhile John Connor, chief executive of research group the Climate Institute, said, “Australia is more exposed to climate risks than any other developed nation; it is in our national climate interest to do what we can to help avoid even a two-degree warming above pre-industrial levels.

“Closing the gap between danger and relative safety is still doable, as long as we start now. Delay only means higher costs and fewer options.”