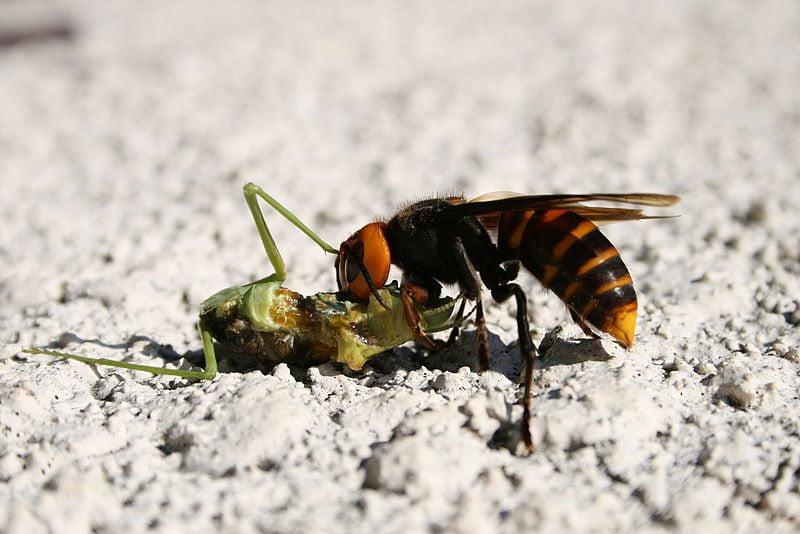 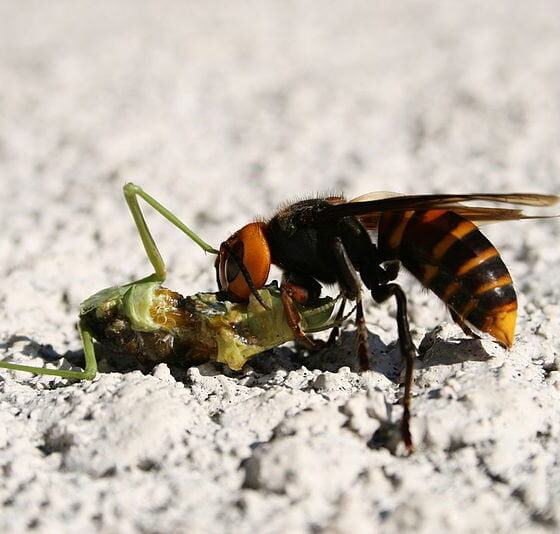 Dangerous Asian hornets that can eat up to 50 bees per day and cause serious harm to people may soon settle in the UK thanks to the warmer climate, the Department for environment, food and rural affairs (Defra) has warned.

The animal, which is about twice the size of a standard hornet, originally came from China through trade of wood, fruit and flowers and set colonies in France, Spain and Portugal. The government is now worried that the insect can come to Britain from across the channel, helped by mild temperatures in Southern England.

Defra has warned that the Asian hornet is an “invasive non-native species” and can be extremely aggressive towards humans and other animals.

It added, “As a highly effective predator of insects, including honey bees and other beneficial species, it can cause significant losses to bee colonies, other native species and potentially ecosystems”.

In France, six people have been reported dead after the sting of the insect, which can cause immediate anaphylactic shock in sensitive individuals. Many farmers have also died in China over the past year because of wasps’ attacks.

People are advised not to disturb the nests, while beekeepers are being extremely careful. The hornet is able to eat up to 50 bees per day and could become a major threat to European bee populations, which unlike Asian bees have no defensive mechanism against this species.

Wild and honeybees in the UK are already facing decline due to widespread use of pesticides, pollution and climate change.

The environmental audit committee warned in April over the threat that non-native species pose to the UK wildlife and called for stronger prevention, surveillance and eradication of such species.