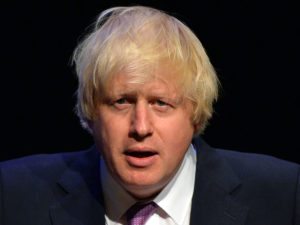 Whilst Boris Johnson was Mayor of London he failed to publish an air quality report showing that over 400 primary schools in London were located in areas with illegal levels of pollution. The unpublished report highlighted the primary schools in the capital which were situated in areas that surpassed EU limits for nitrogen dioxide (NO2) pollution. Over 80 per cent of those schools were in deprived areas.

Analysing Air Pollution Exposure in London was completed more than two and half years ago. The report highlighted that 433 of London’s 1,777 primary schools were in areas where pollution exceeded the EU limits for NO2. Out of those 433 schools, four fifths had more than 40 per cent of pupils who received free school meals.

The Guardian reported yesterday that the current Mayor of London, Sadiq Khan, could not understand why the research had not been published when it was completed nearly three years ago and he has made it clear he plans to publish the report in full.

Alan Andrews, Lawyer at ClientEarth, said: “This report will make shocking reading for many parents, who will be deeply concerned about the damage that air pollution is doing to their children’s health. And they will wonder why Boris never published it.

“The fastest way to clean up London’s air is for the Mayor to take radical action. To do this, he needs to be supported by the government, which is why we are taking them back to court to force them to think again on their air quality plans which would see children in the capital breathing illegal levels of air pollution until 2025.

“Londoners should also get behind the new Mayor’s proposal to expand the ultra-low emission zone.”