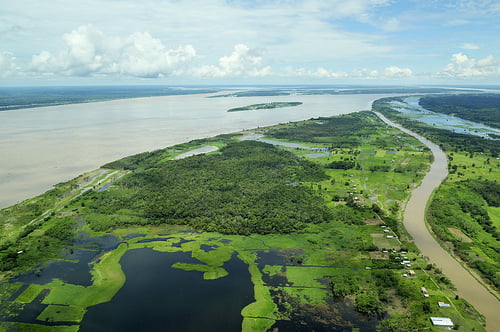 Deforestation of the Amazon rainforest may significantly decrease the amount of electricity produced from hydropower in the region, scientists have warned.

A new study published in the journal Proceedings of the National Academy of Science, shows that rainforests are crucial in generating hydroelectricity by providing the rainfall, streams and rivers that move turbines.

Led by Claudia Stickler at the International Program at the Amazon Environmental Research Institute (IPAM-IP), the study used climate, hydrological, and land use models to forecast the impacts of rainforest loss on hydropower generated by the Xingu river in Brazil.

The study warns that if deforestation continues, the amount of energy produced by Belo Monte – one of the world’s biggest dams – could be reduced by over a third (the equivalent amount used by four million Brazilians).

“These results aren’t just important for Brazil – rainforest cover could affect energy production in wet tropical areas throughout the Amazon, and in Africa and south-east Asia as well.”

Publication of the study follows an announcement from the World Bank, which after rethinking its stance on hydropower, concluded the technology was crucial.

Scientists at IPAM-IP found that a 6-7% decrease in rainfall was down to the current levels of deforestation in the region. Predictions of a further 40% loss of forest cover by 2050 would also mean significantly lower rainfall.

A study by NASA recently suggested that large scale degradation of the Amazon rainforest in 2005 could have been as a result of climate change.

This, along with the IPAM-IP research, shows how protecting rainforests are essential in conserving both biodiversity and ecological services including rainfall, carbon capture and energy production.