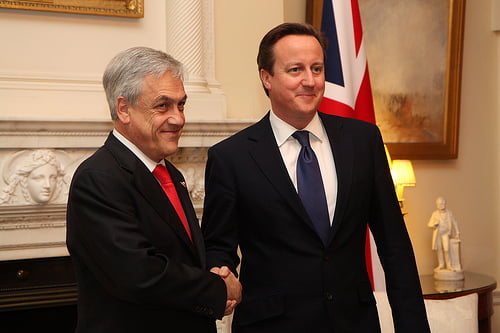 The British Antarctic Survey (BAS) has signed an agreement with the Chilean Antarctic Institute that will see the pair cooperate on science, innovation and climate change.

The announcement comes following Chilean president Sebastian Pinera’s visit to the UK last month, and strengthens the role of BAS, which was briefly threatened with closure.

After 50 years at the forefront of global research into Antarctica, the government revealed plans to merge it with the National Oceanography Centre in Southampton earlier this year, as part of cutbacks in the science sector.

However, after pressure from the scientific and environmental community – which thought that scrapping BAS would be detrimental to efforts to tackle climate change – science minister David Willetts announced that plans to combine the two centres had been shelved.

The collaboration between BAS and its Chilean equivalent sends out a strong signal that the historic organisation is set to prosper in the future.

“I am delighted that during this visit the prime minister and President Pinera have announced our joint commitment to partner on science and innovation next year”, said foreign secretary William Hague last week.

“This reflects the growing cooperation between our two countries on science and innovation, which is an important pillar in safeguarding the future prosperity of both nations.

“I am also delighted that during this visit an agreement has been signed between the British Antarctic Survey and Chilean Antarctic Institute to strengthen the countries’ cooperation in this important area of scientific research.”